The Piano Mill is a copper clad tower/ musical instrument stretching nine metres high, settled in a forest half an hour outside Stanthorpe. This one-of-a-kind architectural marvel is at once a musical instrument, an art installation and a performance machine facilitating movement artistry, projection, and musical composition.

It pays homage to the plethora of pianos that helped European settlers feel culturally at home in a foreign environment. A tribute to music of the “prepared piano”, it includes sixteen pianos, tuned grader blades and sonic periscopes to expand this music genre. In keeping with the underlying premise of the concept and its environment, the architecture links piano-like jewel box joinery with bush craft.

As a musical instrument, resonance is a key function. This is achieved with a stiff structure and an external slightly dampened membrane skin (ply and copper). Adjustable vents operated by large timber levers allow the building to be “tuned”, and so the architecture becomes the performer. Image projection is also used to allow the action inside to be adequately relayed to the audience outside.
Situated in a glade where a number of existing eucalypts form a rough circle around the footprint, there are four points where it touches the ground, and the platform under the Mill is finished with granite deco from the site. The slender nature of the instrument is further acknowledgement of the surrounding eucalypt forest. All energy is supplied by a combination of solar panels and wind turbines. In performance mode, the Piano Mill draws power from a battery bank (recharged by solar and wind) for three data projectors, a smoke machine, and 16 LED downlights. 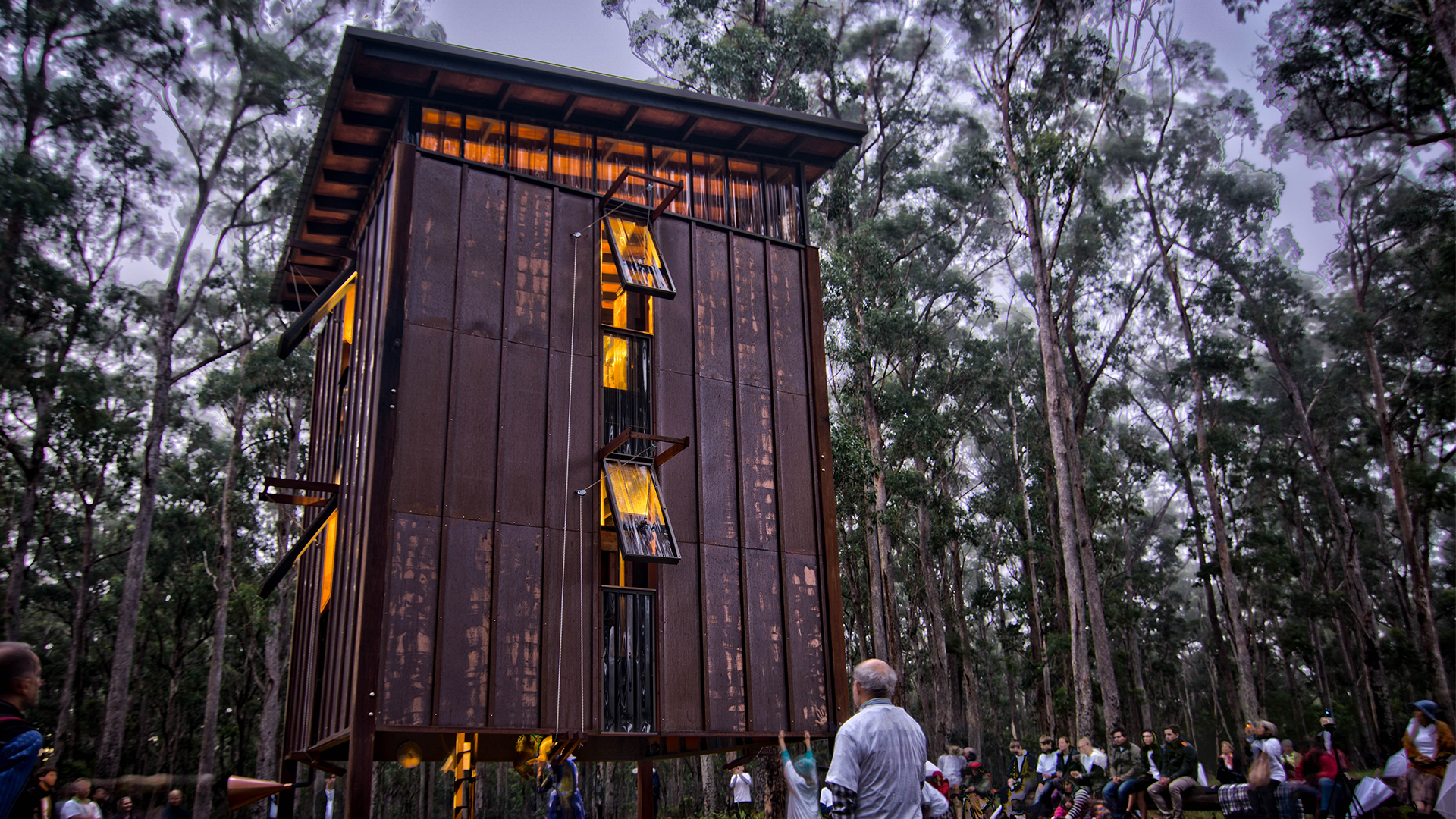 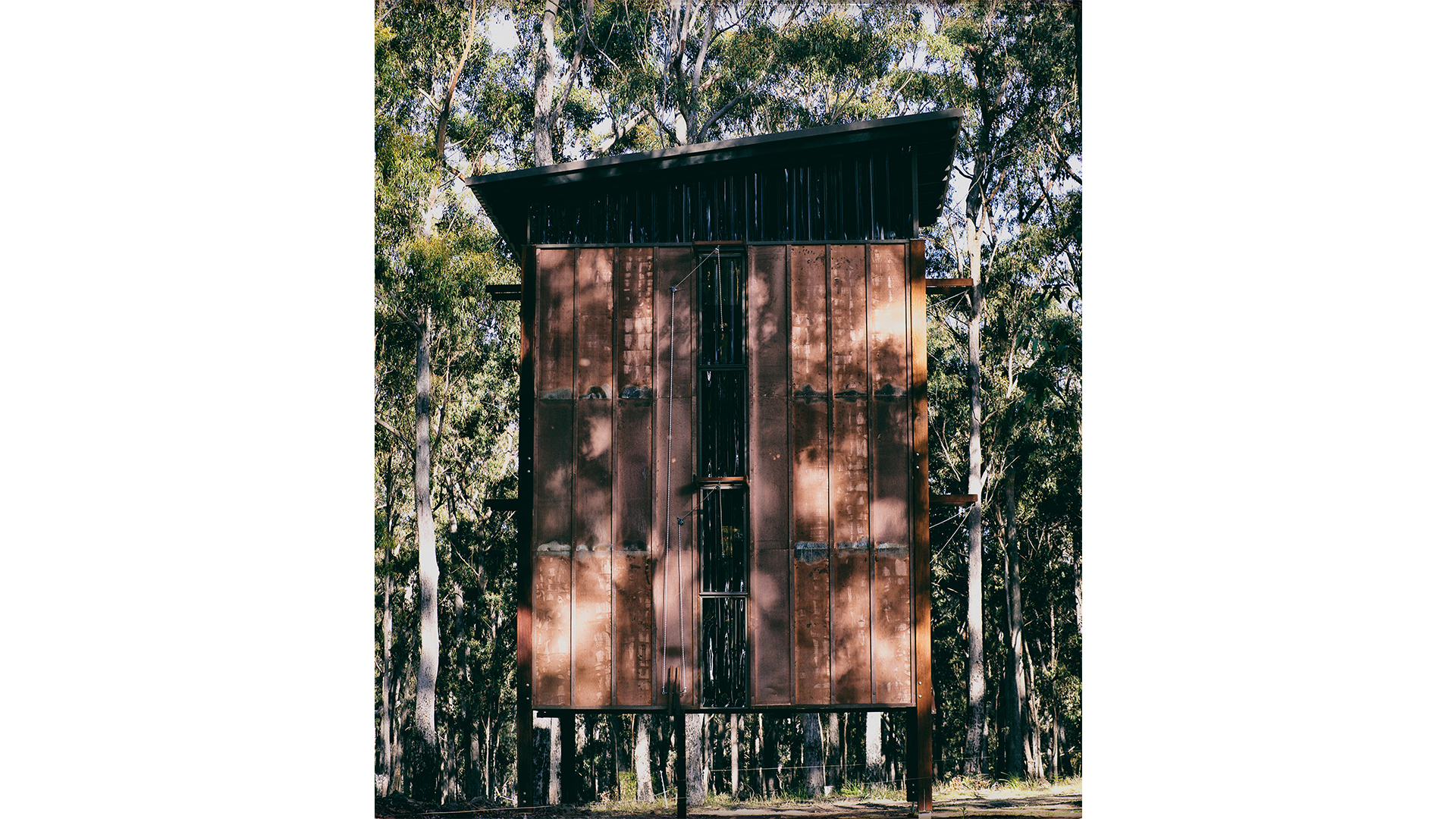 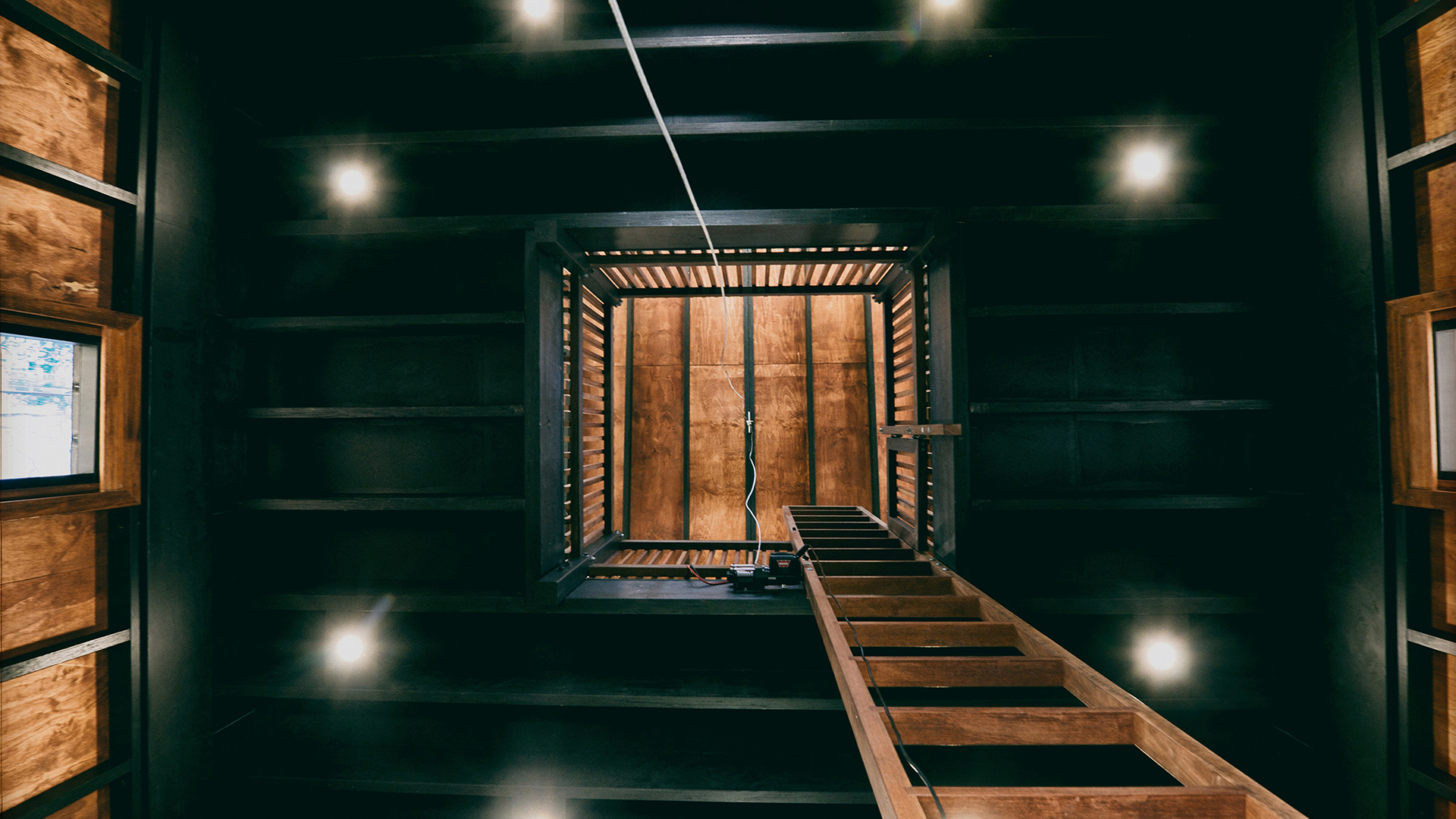 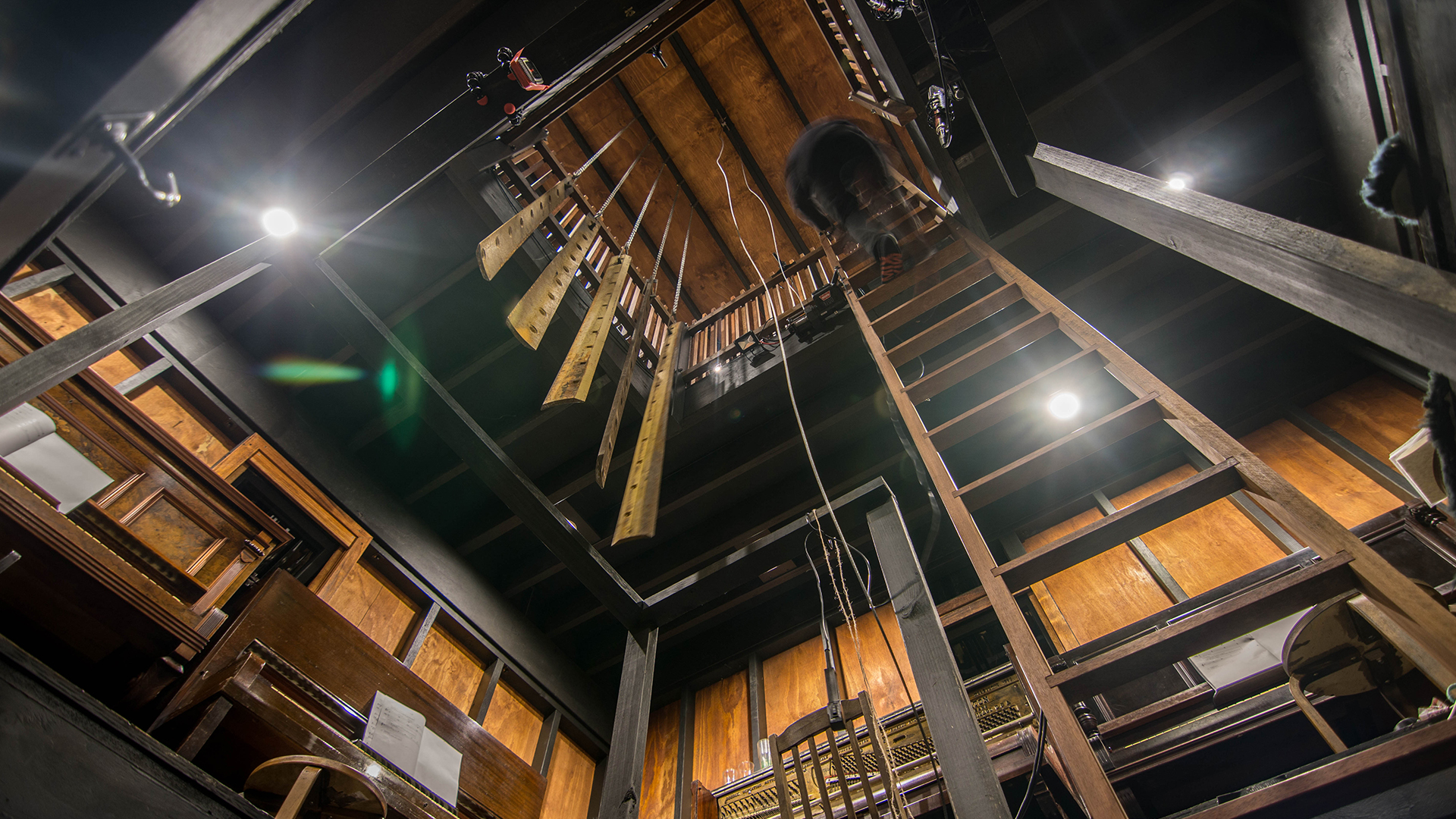 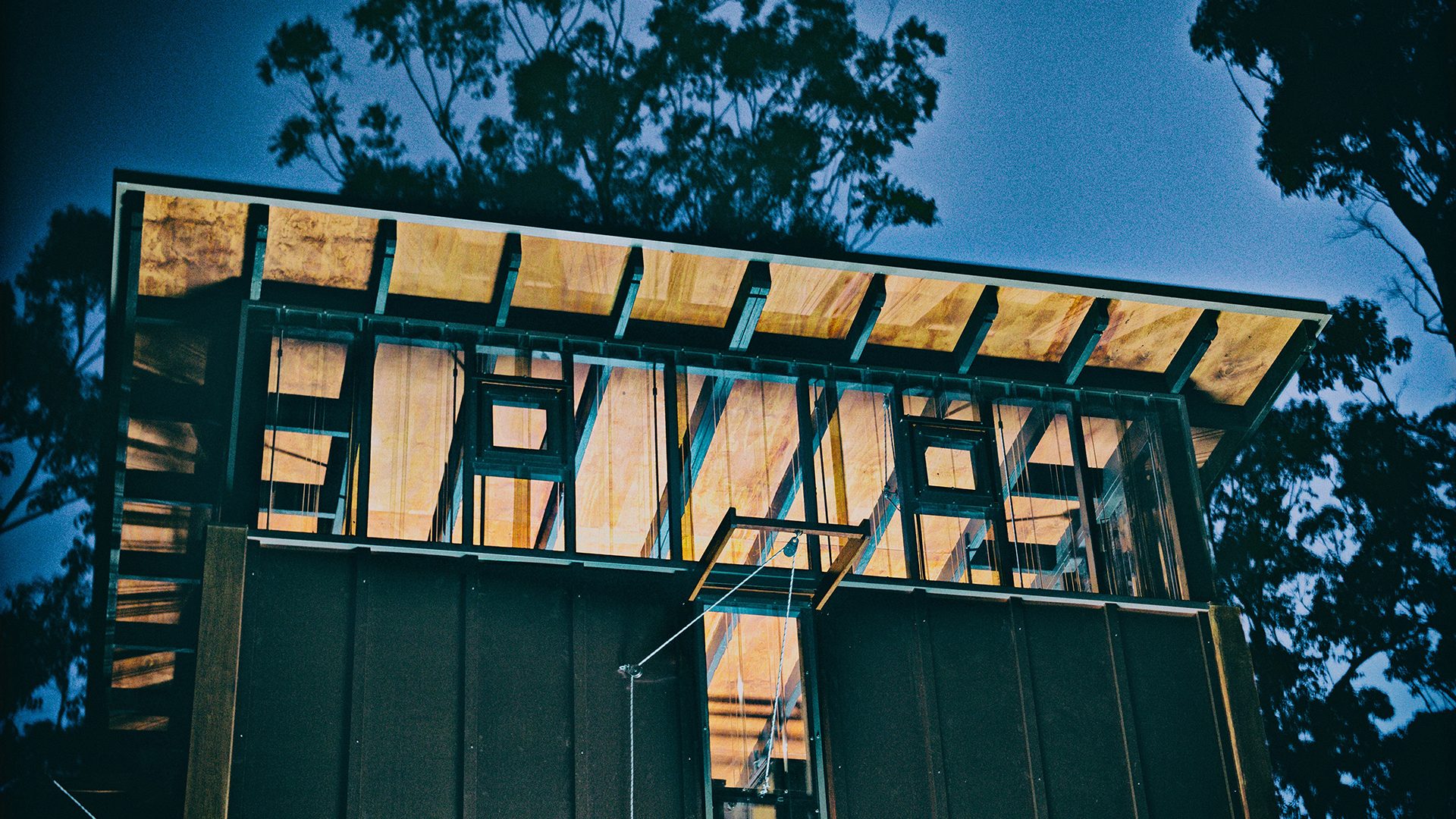 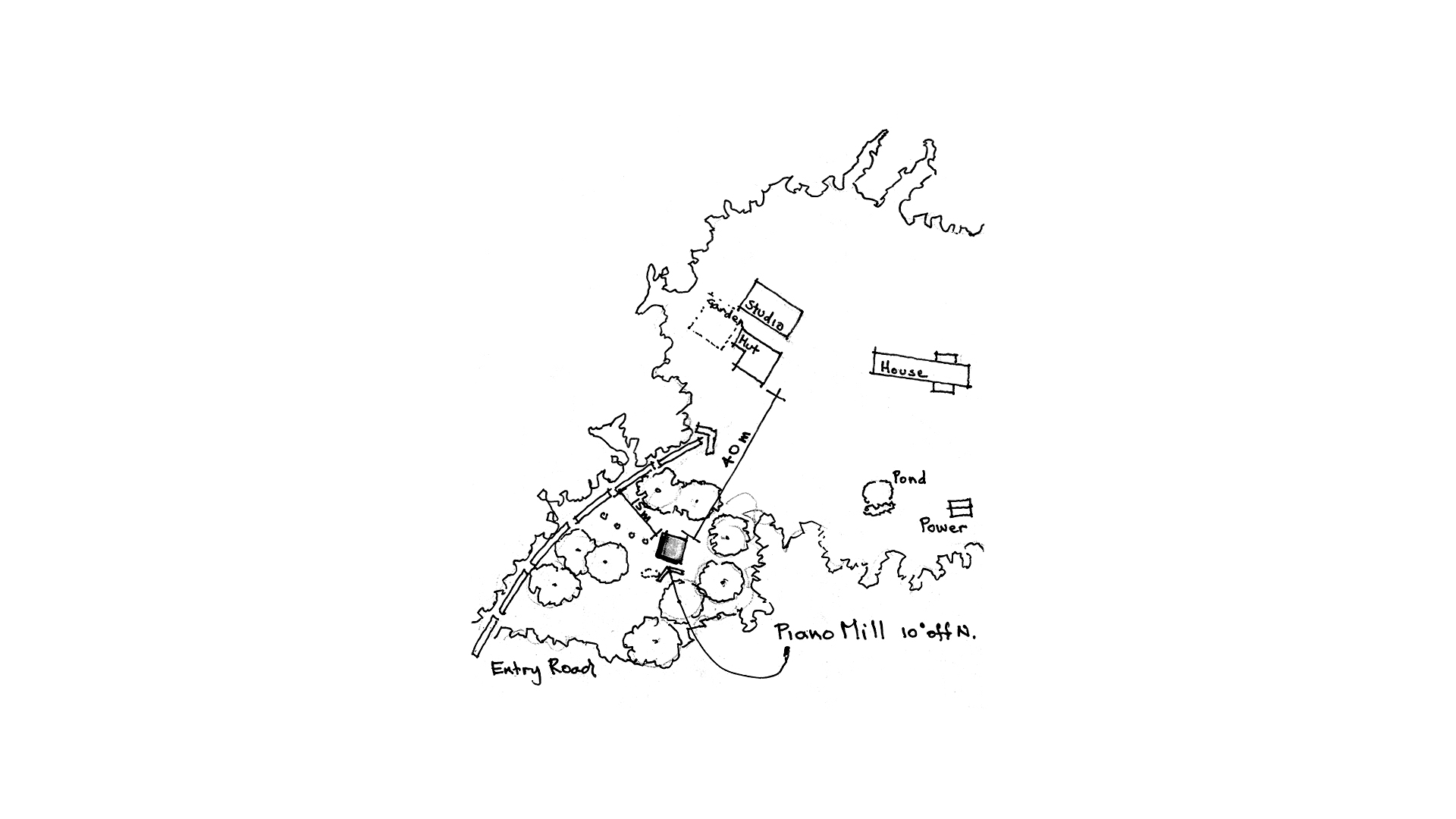 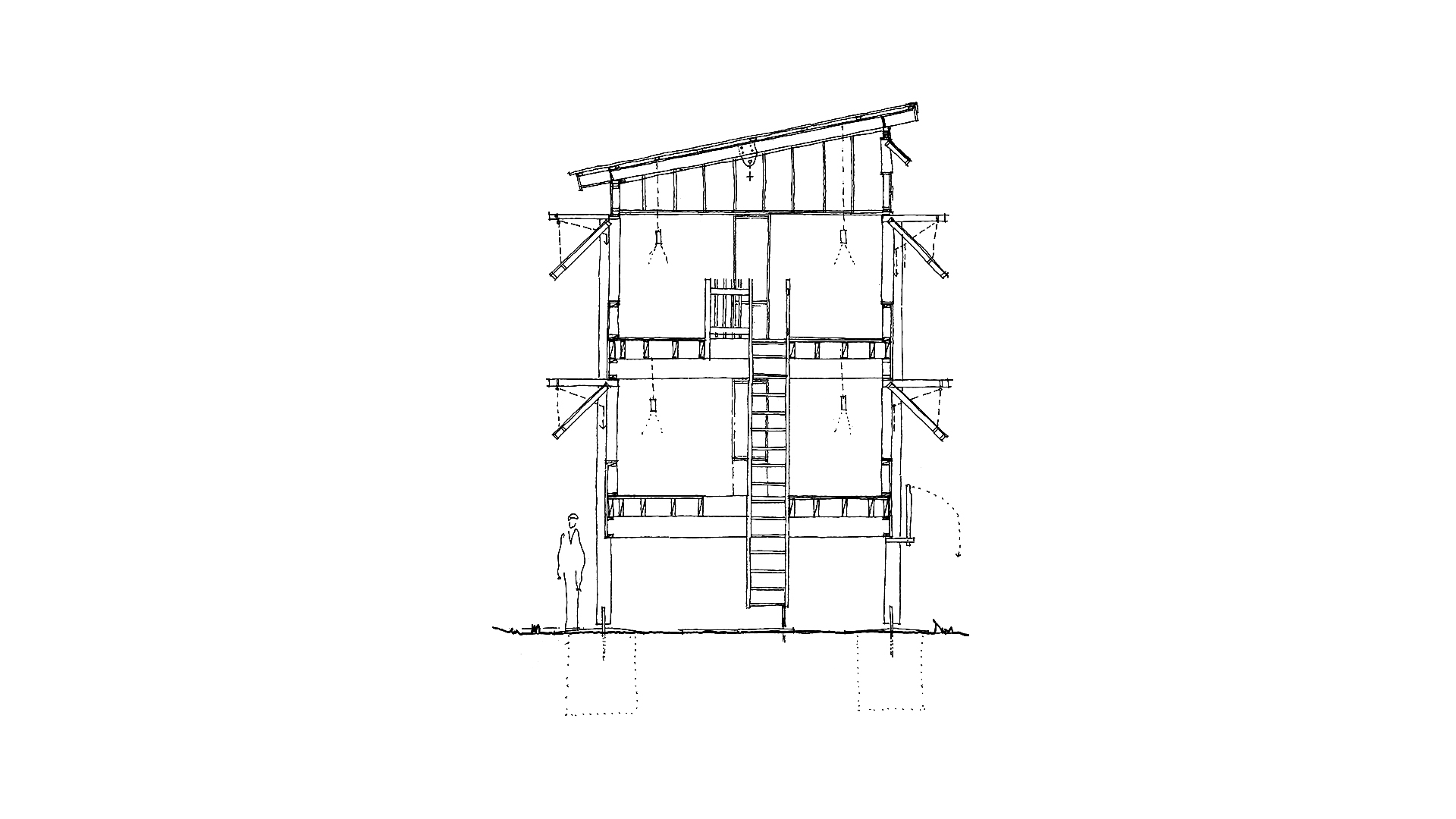 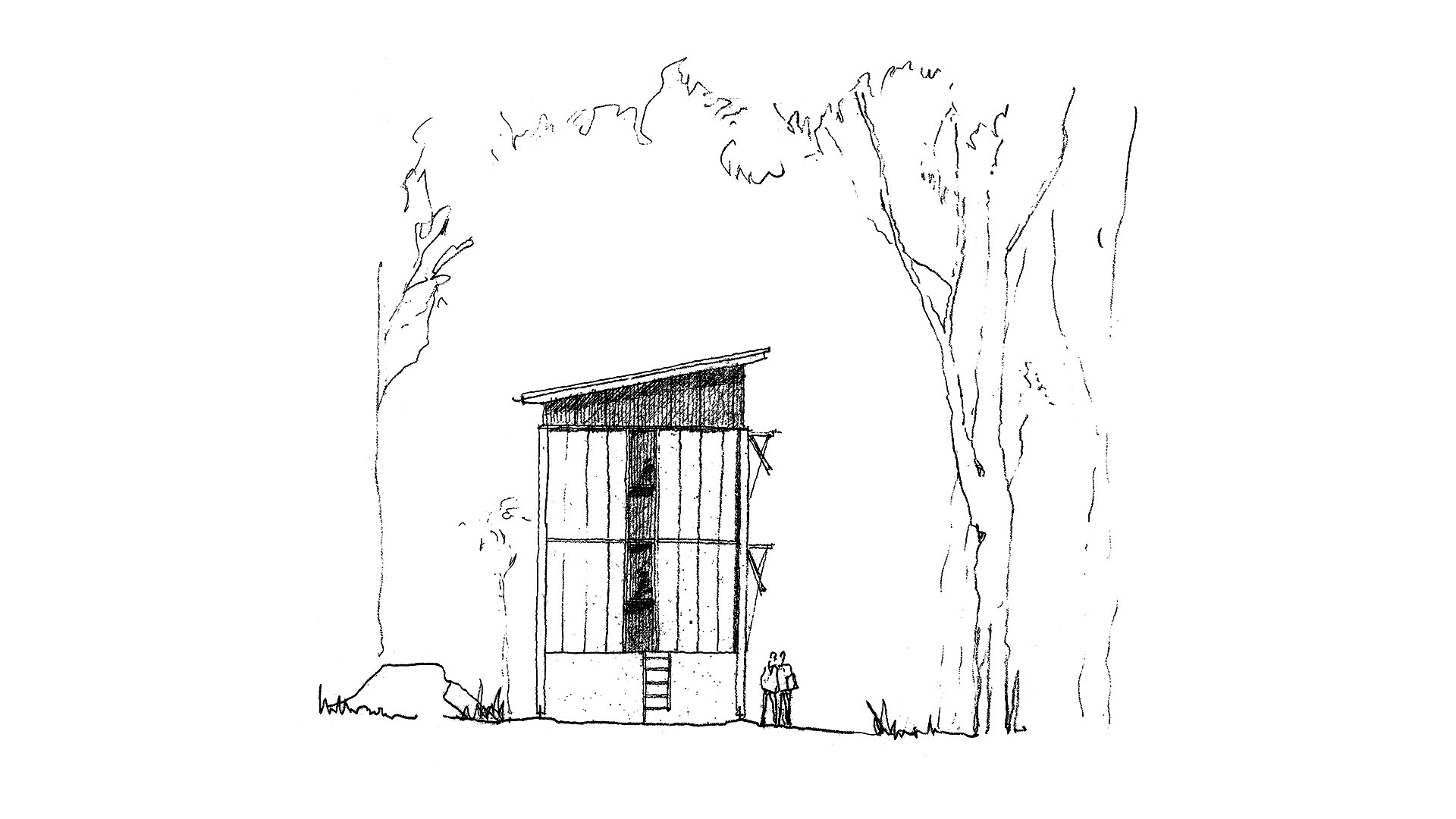