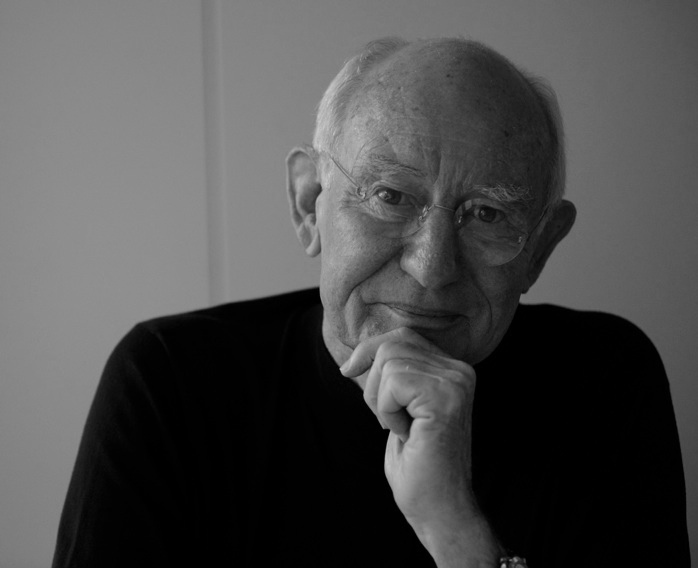 Ken Woolley studied architecture at the University of Sydney, where he graduated with 1st Class Honours and the University Medal in 1955. With Peter Webber, he was a founding member of the special design team in Harry Rembert’s Design office of the NSW Government Architect’s Branch and soon became involved in major projects such as Fisher Library and the State Office Block.

His own house at Mosman (1962) won the Wilkinson Award and paved the way for private practice, with a commission for project housing for Pettit and Sevitt. He went into the partnership Ancher Mortlock Murray & Woolley in 1964 just prior to Sydney Ancher’s retirement. This practice (which became Ancher Mortlock & Woolley in 1976) has received all the major architectural awards and has created numerous outstanding buildings which include the Australian Embassy in Bangkok, Town Hall House Sydney, the Park Hyatt at Campbell’s Cove, the ABC Centre at Ultimo, the State Library of Victoria, Melbourne; the Control Tower at Sydney Airport; the RAS Exhibition Halls/Olympics Indoor Sports Stadium and the State Hockey Centre, Homebush Bay; and the Sydney Convention Centre, Darling Harbour.

Ken Woolley was a visiting professor at the University of Sydney and the University of NSW, and served as chairman or member of numerous awards, review and competition juries. He was made a Member of the Order of Australia 1988 and was awarded the Gold Medal of the Royal Australian Institute of Architects in 1993.

Since his retirement from Ancher Mortlock Woolley in 2003 he has remained involved with a number of special projects, including the Northbourne Avenue Housing Precinct redevelopment.

“It was through Ken that Conrad Gargett and Ancher Mortlock Woolley first came together to bid on the Queensland State Library Project which was later won by DHA and Peddle Thorpe. Conrad Gargett also bid jointly on Institute of Molecular Bio Sciences at UQ and the first stage of the QIMR. Ken viewed Conrad Gargett warmly and had sufficient respect for the practice to give his blessing to the amalgamation of the two practices some years later. I met Ken at the start of our joint bidding phase back in the 1990’s and again at the merger a couple of years ago. Ken was energetic, articulate and obviously passionate about our profession and its place in the world.”