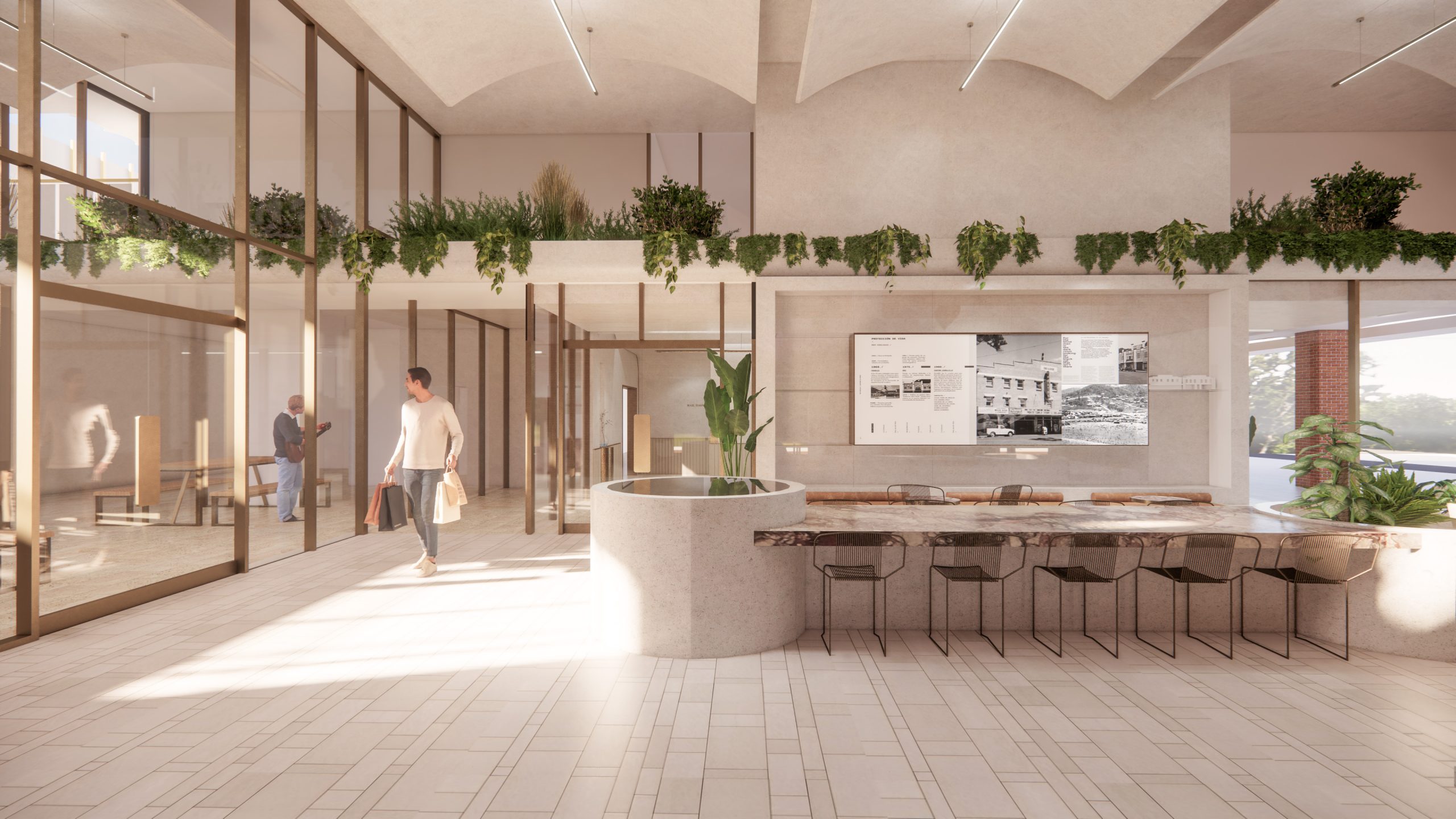 —
For our De-Luxe Residential project at Burleigh Heads on the Gold Coast, we undertook a design process that has uncovered the history of the existing building – The De-luxe Theatre. The history of the theatre has ignited our imagination and inspired a design narrative grounded by the intersection of time and place.

The prominent history of the De-luxe Theatre and its role as the backdrop to our shared Burleigh memories for nearly a Century, has led our architectural and interior design response. Our design team have explored concurrency between time and place and found meaningful ways to interpret and express these experiences through materiality and form.

The original 1930s building, as a modern picture theatre, has inspired the architectural form and highly considered interior design elements. Rising above the heritage building a curved screen drapes over the brick façade (much like a theatre curtain) and connects the podium to the tower. At podium level, when open, the screen reveals the bricks behind, paying homage to the existing building fabric. The residential levels rising above, are lightweight in character with the western façade activated by operable screens which will dynamically respond to the climatic conditions.

“That façade is where we have taken the idea of the theatrical curtain and applied it to these beautiful scallops that run along the western façade. In the morning the façade can be opened and residents have a great view all the way to Surfers Paradise. As the sun comes around, the façade can close to protect the occupants, and in the evening as the lights come on inside the building, you get this lantern effect and again the building changes as people start to open their screens to enjoy those night views.” 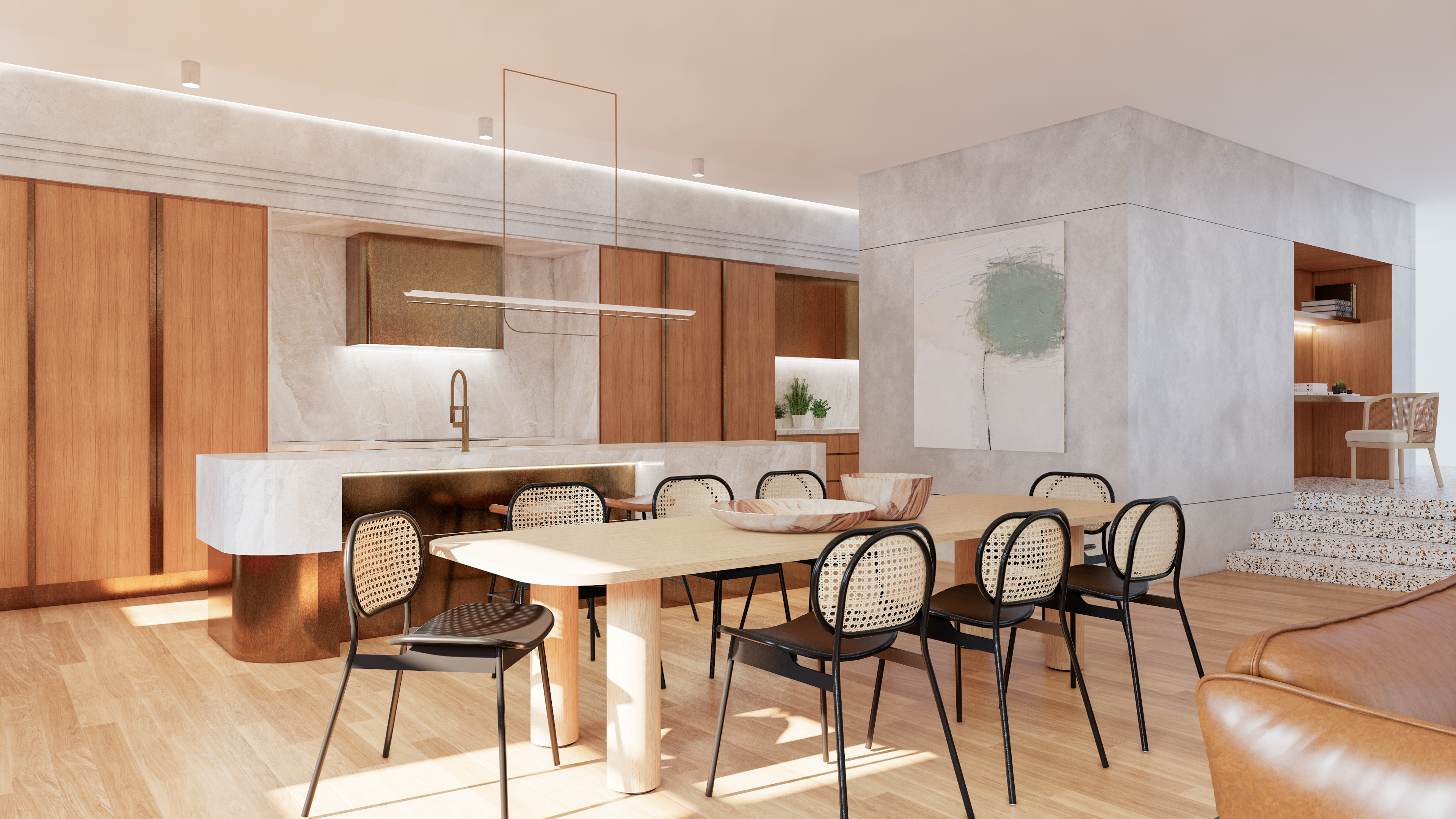 “The theatre is what makes the whole project special and unique, so as interior designers we asked ourselves; how can we incorporate the elements of the theatre to inform the interior design?” 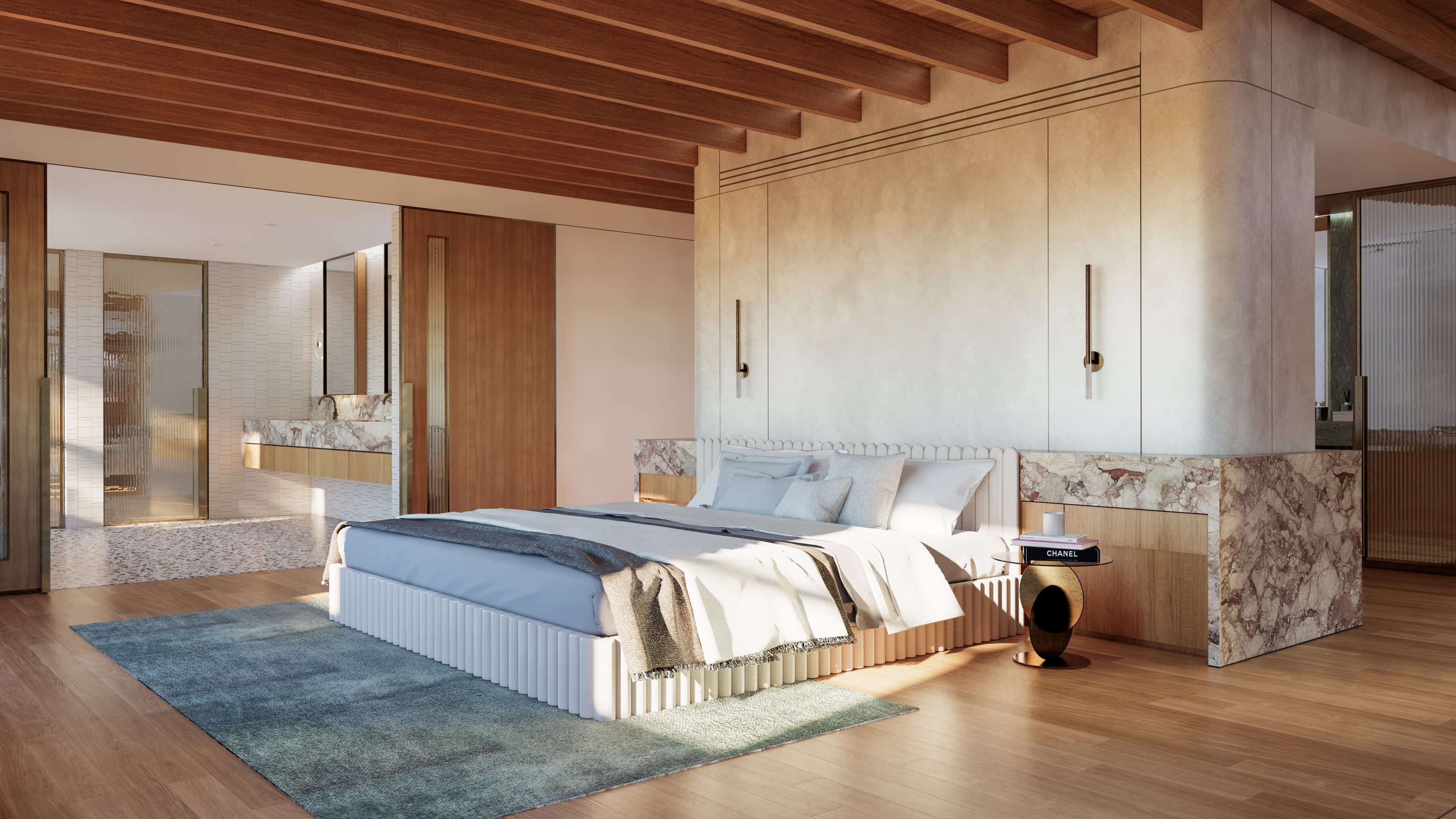 The interior detailing and materiality have been highly considered. Each design decision connects to the buildings first use as a theatre. A framed stage, a heavy draping curtain, lights strung in an ellipsoidal arrangement and a central performer or object are the driving elements for each design decision.

Within each apartment type, scalloped details reference the draping theatre curtain. Extruded frames focus the gaze to a central object balanced by generous space reminiscent of a stage.

“It’s our unique offering… the whole team working together to deliver a seamless solution. Unlike having a separate architect and a separate interiors team… we get work together every day of the week.” 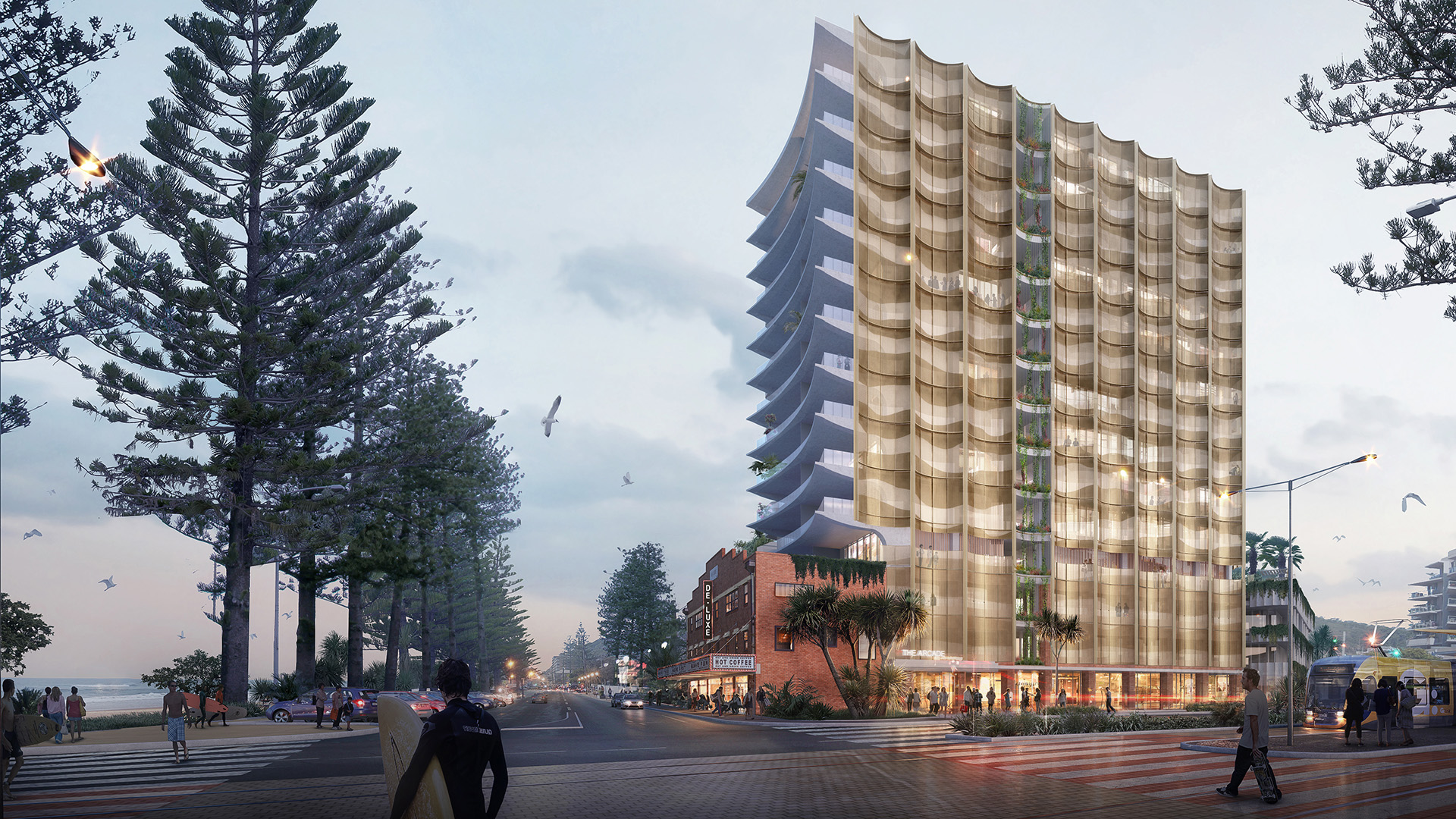 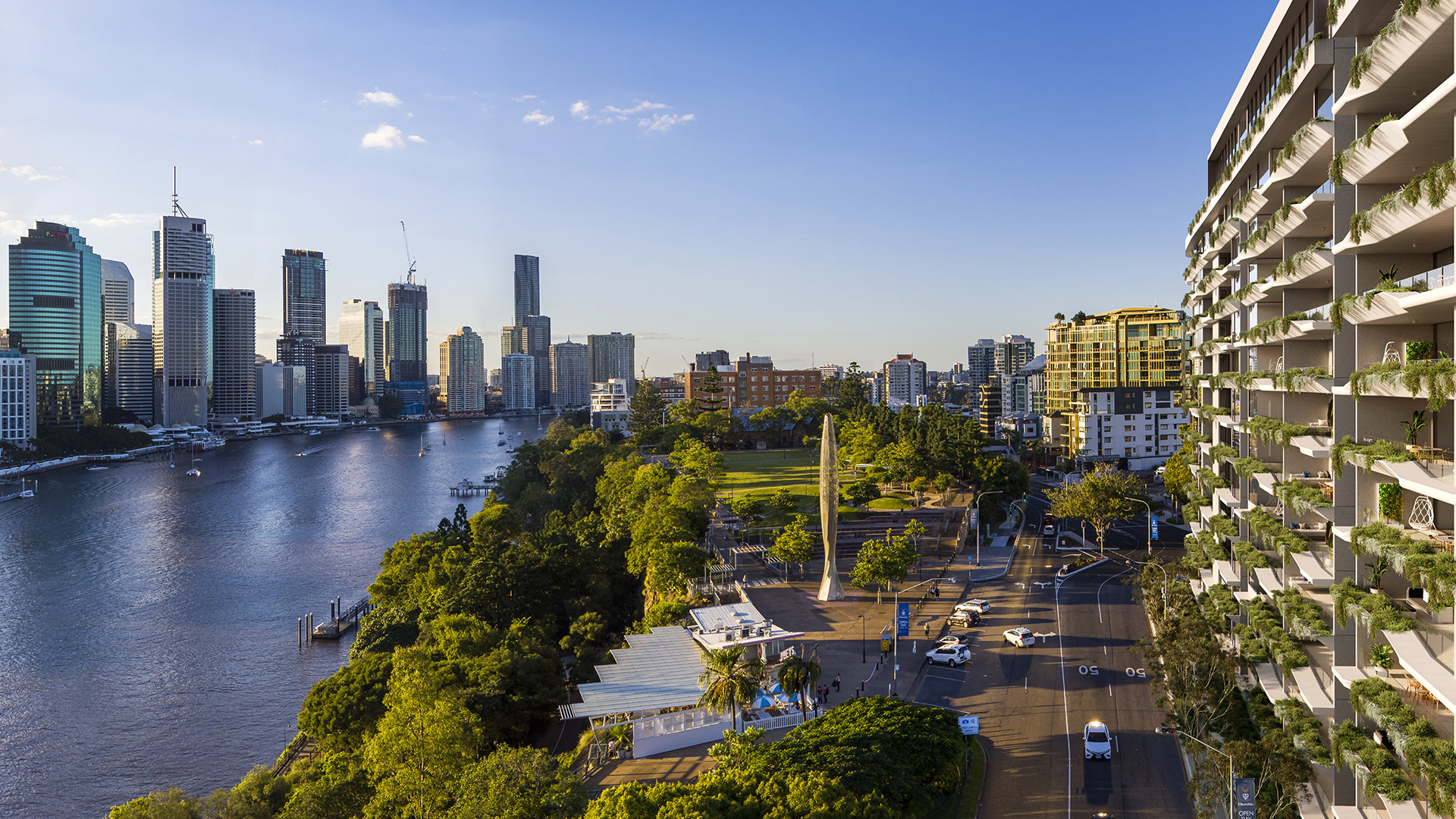 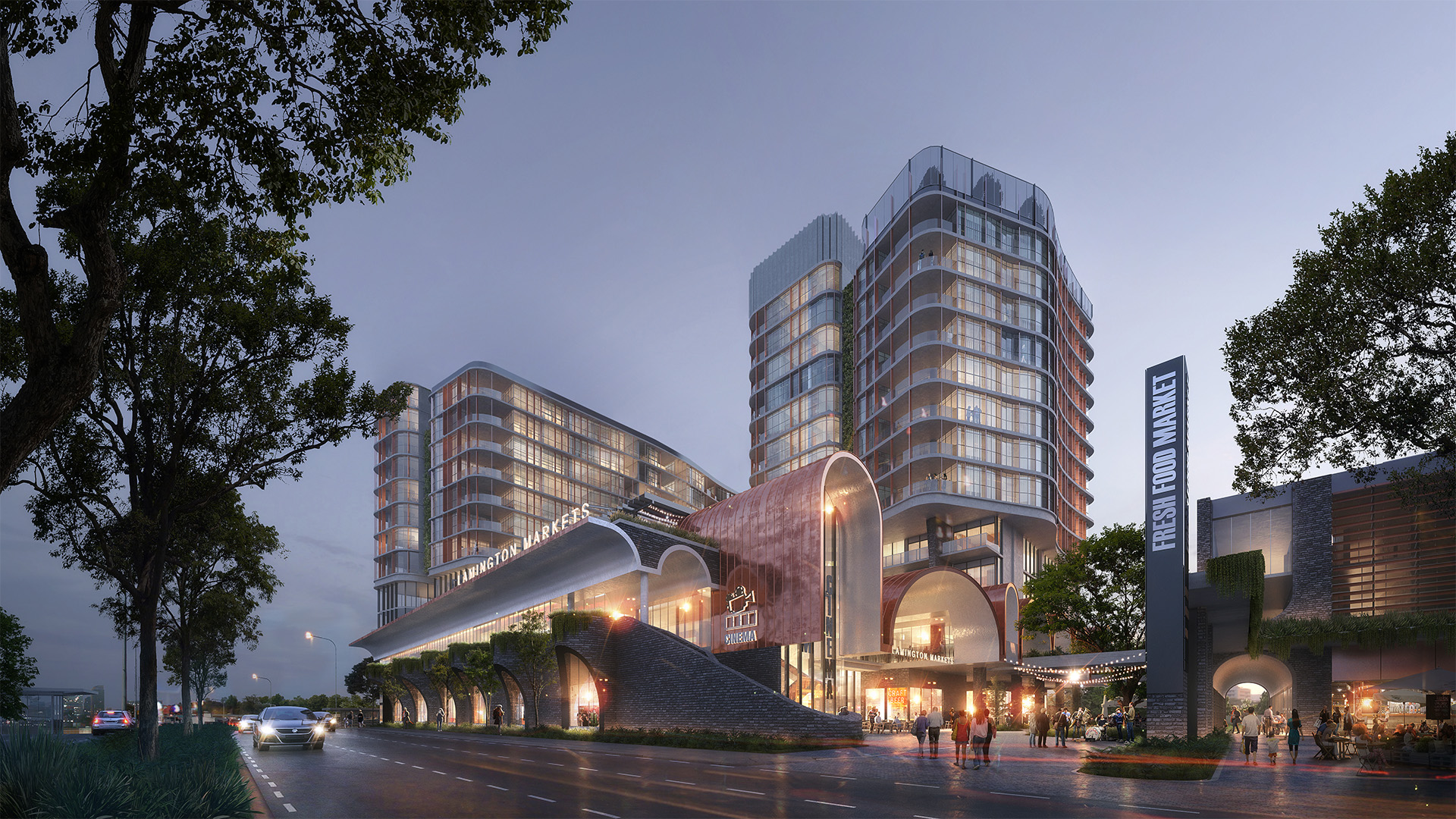