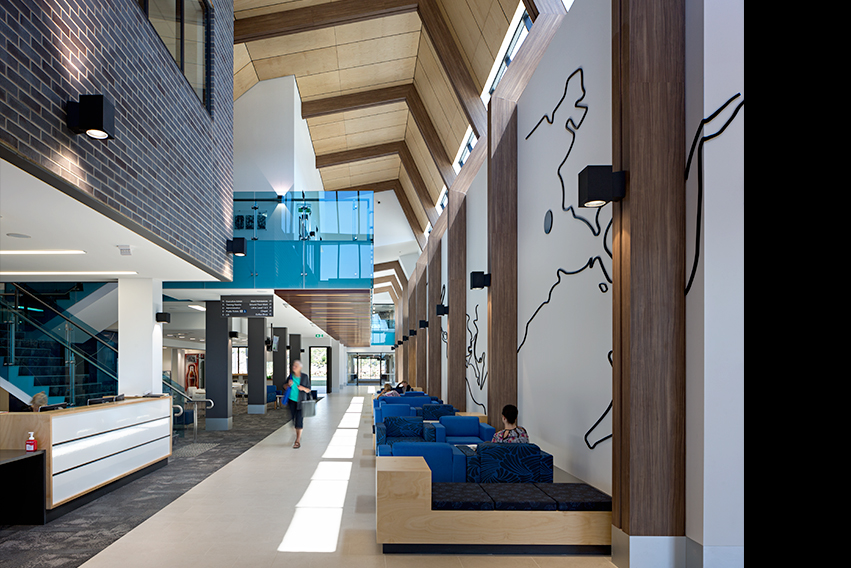 This fully integrated digital hospital, the first in regional Australia, has been accepting patients since Monday 13 October 2014 with great success.

Mr Bruce Wolfe, Managing Director, Conrad Gargett Riddel said the hospital hasn’t been in operation that long, but so far it’s pretty obvious going fully-digital does save money and time.

“Being able to integrate the digital technology throughout the design and then see it in action has been one of the biggest highlights of working on the project so far” He said.

Considered to be the ‘hospital-of-the-future’ St Stephen’s Private Hospital houses the country’s first full EMR and digital patient management system, in addition to a digital drug dispensing facility and a capacity to monitor patients during surgeries.

Operated by UnitingCare Health everything in the facility from x-rays to equipment monitoring in theatres will be done electronically.

Costing $96 million, partly funded by a $47 million federal government grant, Stage one of St Stephen’s Hospital includes 96 inpatient beds, with 6 renal dialysis chairs and 6 day oncology chairs. This will be expanded to 132 inpatient beds in stage two and eventually to 180 inpatient beds.

“The hospital provides vital services and an unparalleled model of patient care. It will establish St Stephen’s Hervey Bay as the Australian benchmark in automated patient care.” Mr Wolfe said.