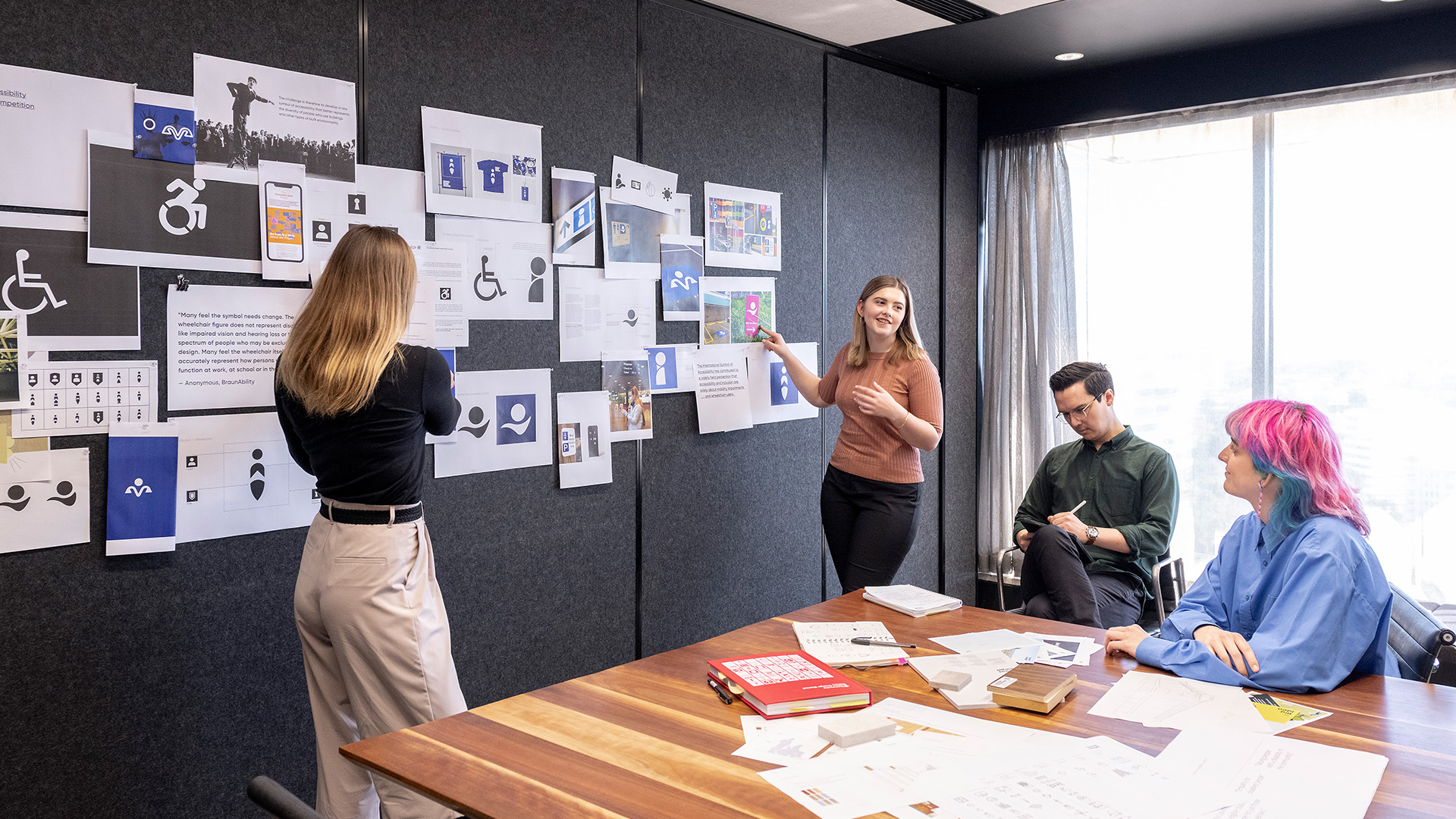 Conrad Gargett Communication Designer, Amy Court, has received an honourable mention for her submission into the International Accessibility Symbol Design Competition, which called for the design of a new graphic symbol of accessibility that reflects the diversity of people who use buildings and built environments.

Our Communication Design team, made up of Belinda Williamson, Amy Court, Sunday Jemmott and Chris Wardle, who are responsible for designing signage, wayfinding and environmental graphics on projects, submitted individual entries into the competition, presenting a range of well-considered, sensitive designs.

The International Accessibility Symbol competition, jointly organised by the International Union of Architects and Rehabilitation International, attracted 355 entries from around the world, with Amy’s submission among six recognised by the jury, describing her symbol design as “friendly and supportive”. 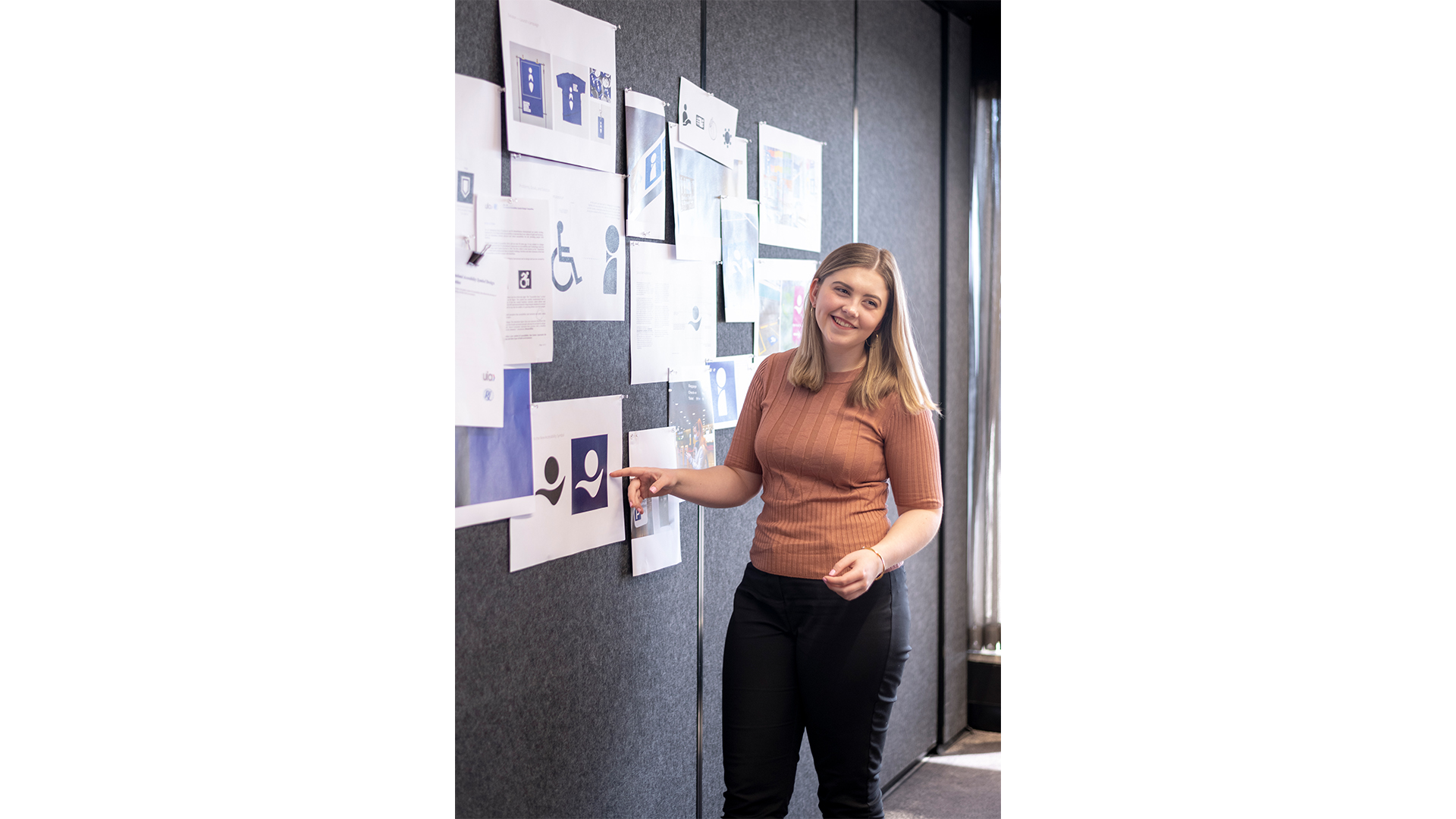 The current International Symbol of Accessibility, commonly referred to as the “wheelchair logo”, has contributed to the widely held perception that accessibility and inclusion are solely about mobility impairments and wheelchair-users, leading to a call for a new symbol that reflects greater diversity.

“Many feel the symbol needs change. The wheelchair figure does not represent disabilities like impaired vision and hearing loss or the broader spectrum of people who may be excluded by design. Many feel the wheelchair itself doesn’t accurately represent how persons with a disability function at work, at school or in the community,” – Anonymous, BraunAbility 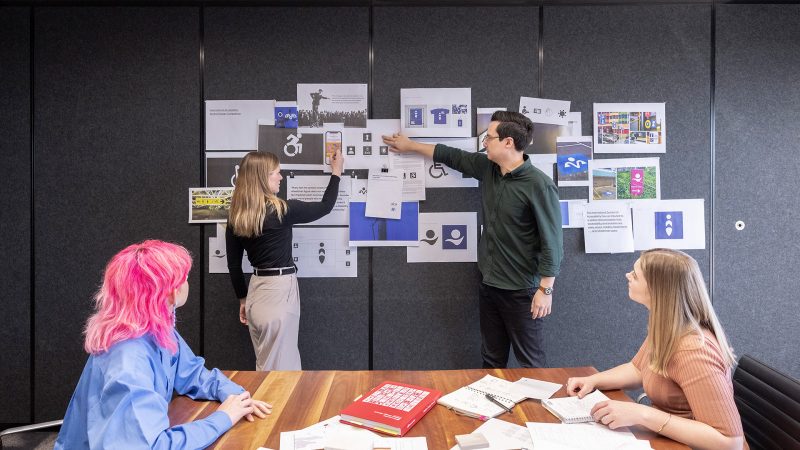 In developing her design, Amy captured the perspectives of 13 individuals, with the majority echoing the sentiments above – that the wheelchair symbol “only points to one particular disability”, and does not represent disabilities as a whole.

“All interviewees were asked what they would change about the current symbol, and what they would do if they were the one redesigning it. Every response pointed to the idea of this symbol being something more abstract; something that could cover all possibilities.”

“The abstract symbol represents the top half of a person.  It consists of a circle representing the head, followed by an organic wave-like shape, also in white, that hints that the body is below, sectioned off, and not the “normal”.  Bodies can be different, just like disabilities.  It pictures a note of fluidity in its movement and encompasses independence, which can be empowering,” said Amy. 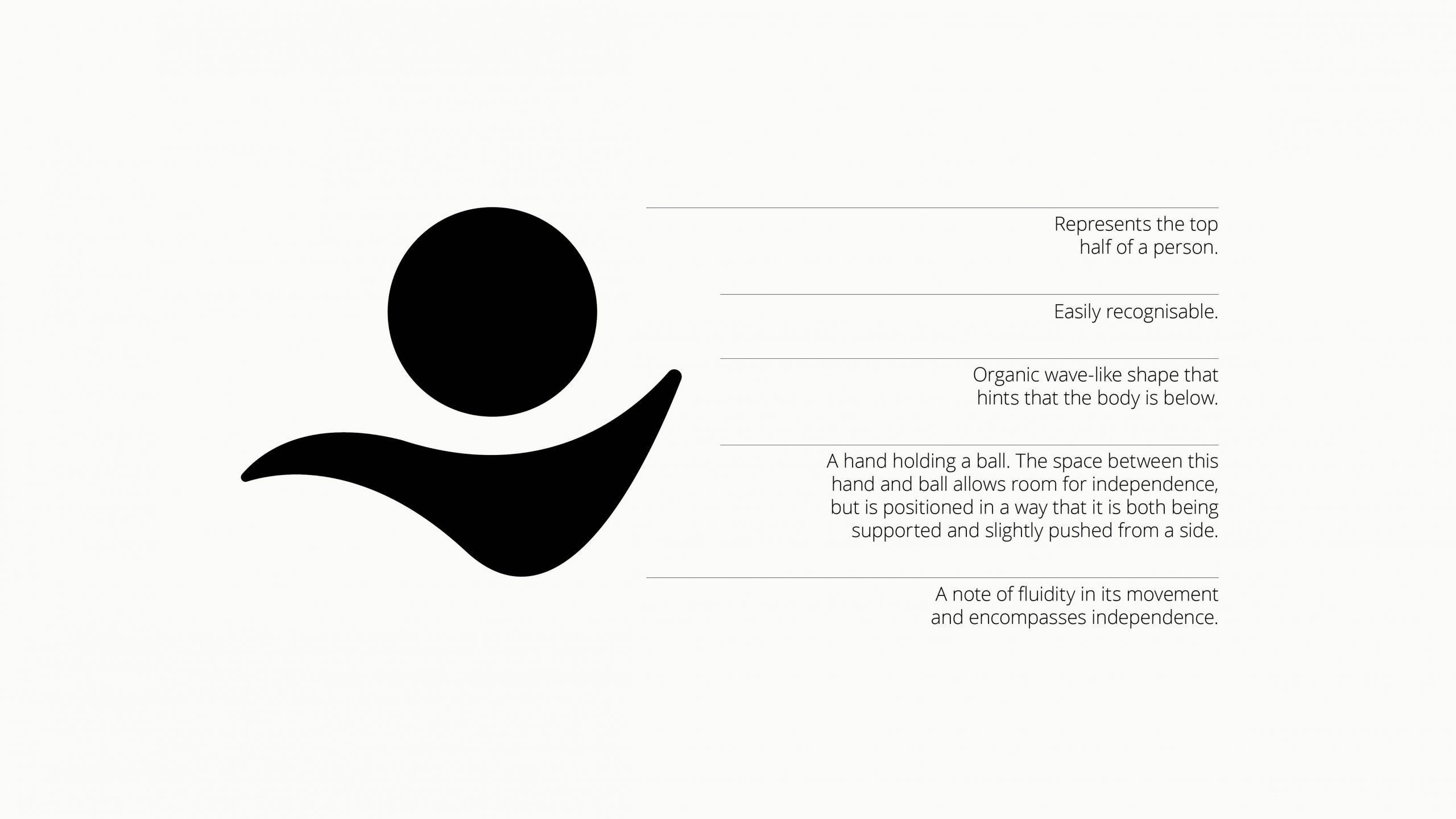 Amy was the only Australian designer recognised in the competition, alongside designers from Ukraine, Germany, the Czech Republic and Belgium – International Accessibility Symbol Design Competition – International Union of Architects (uia-architectes.org) 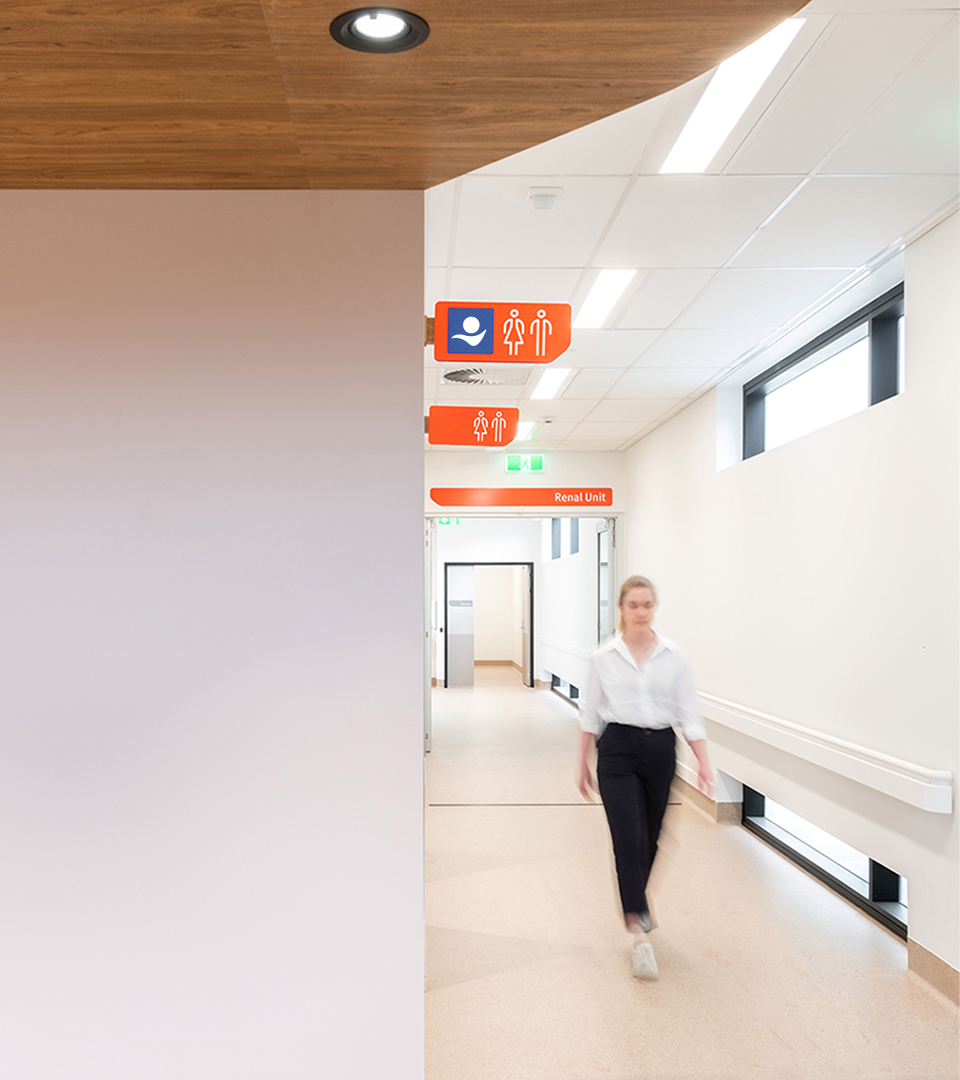 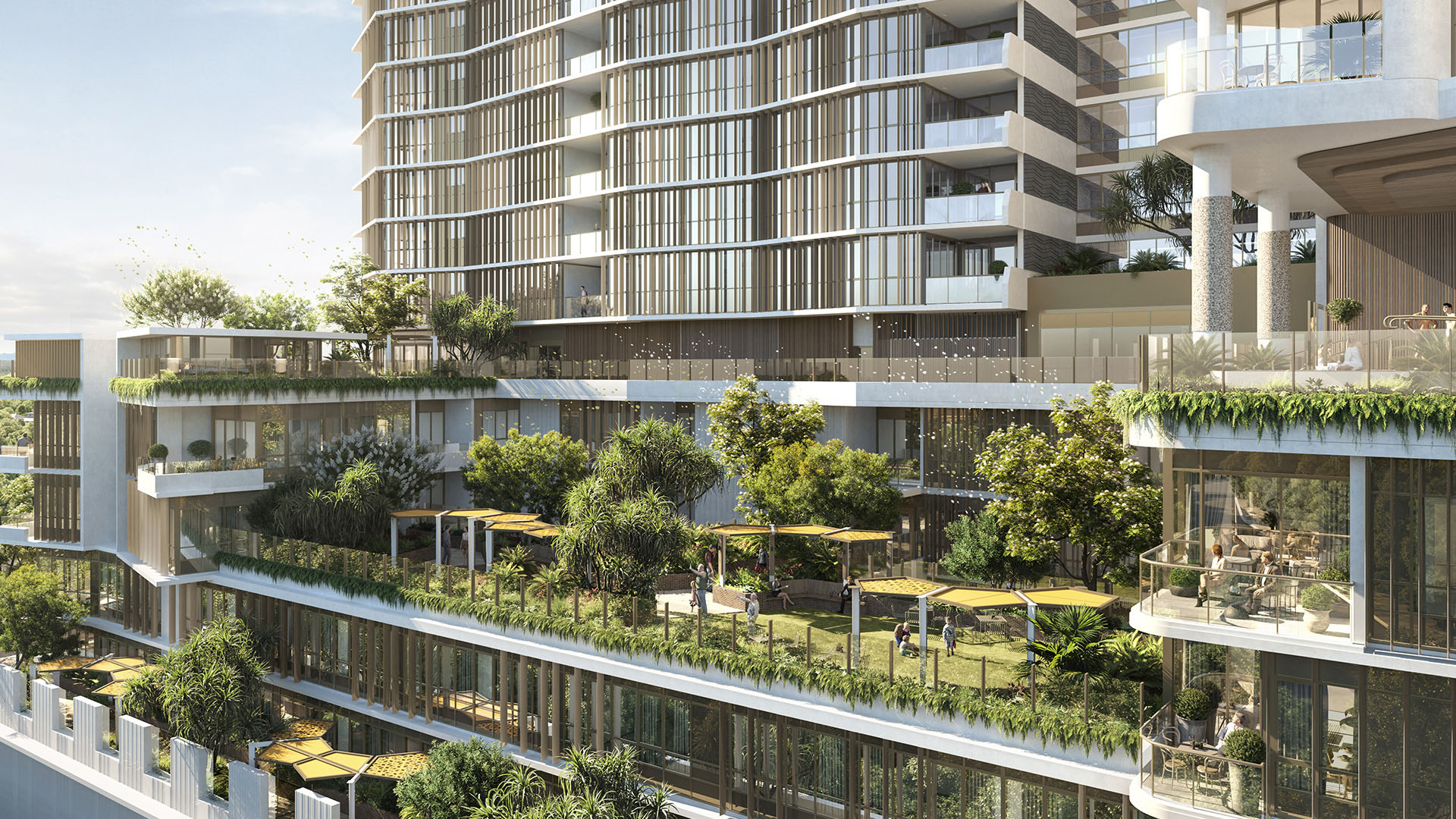 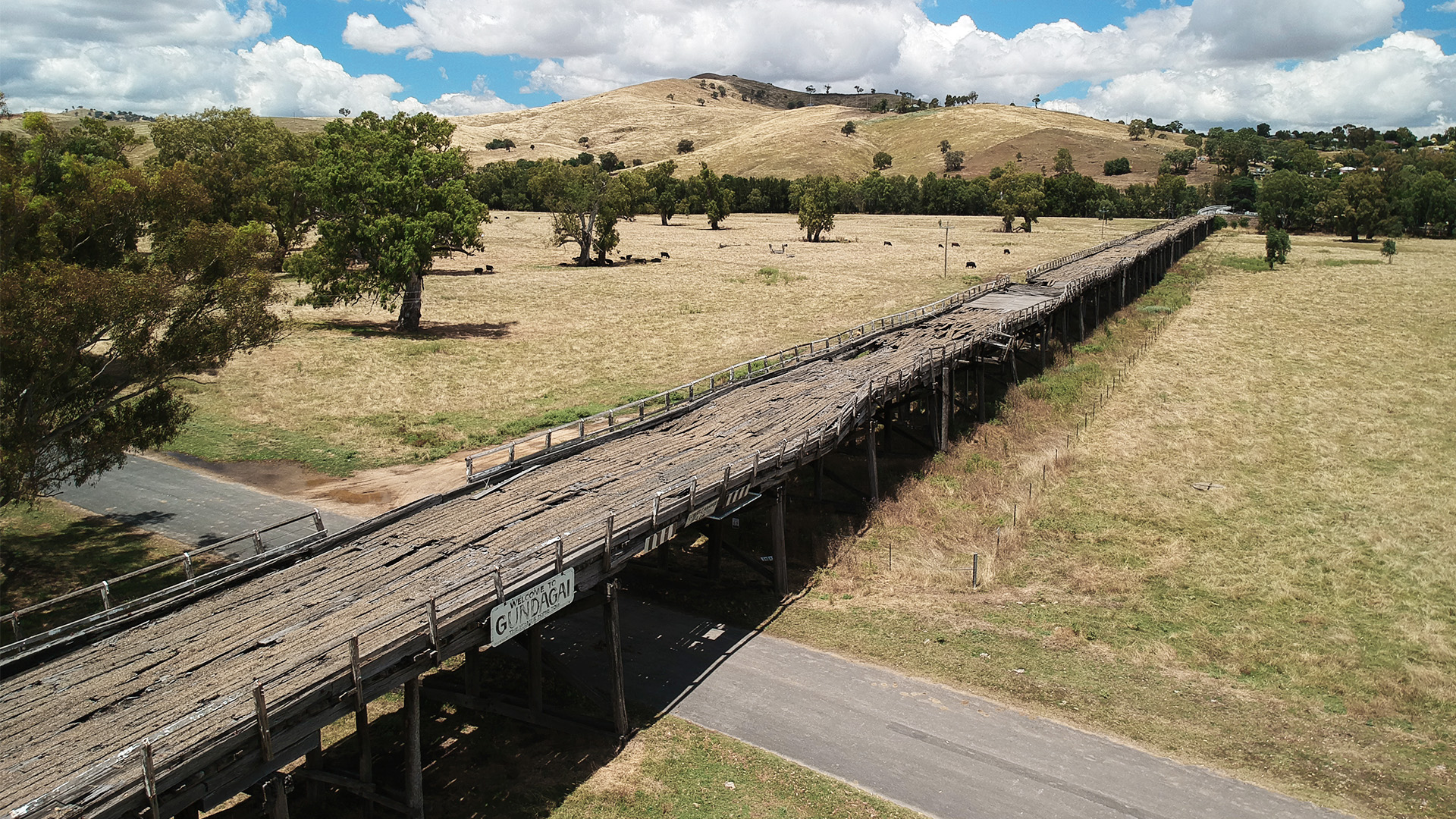 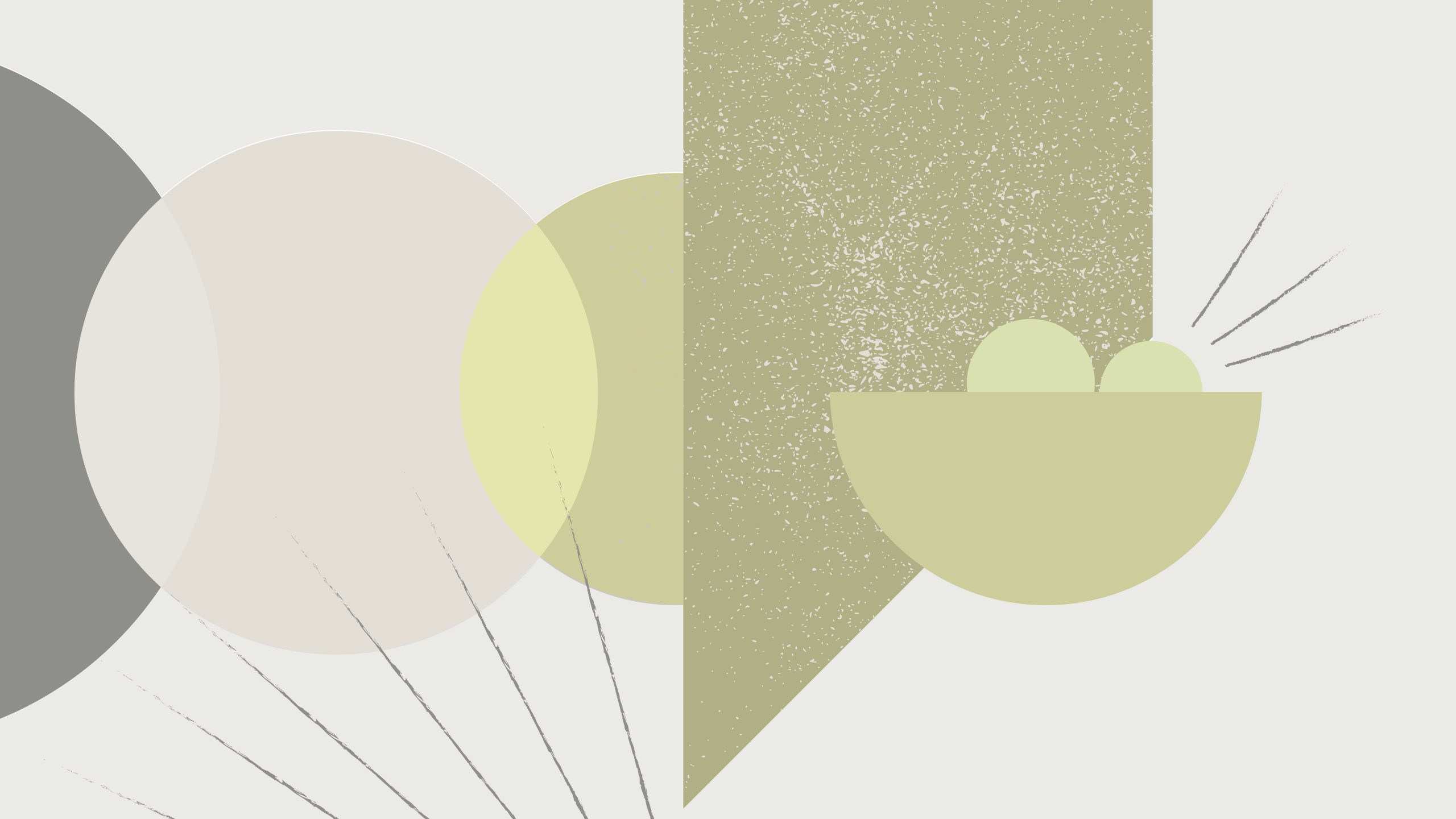 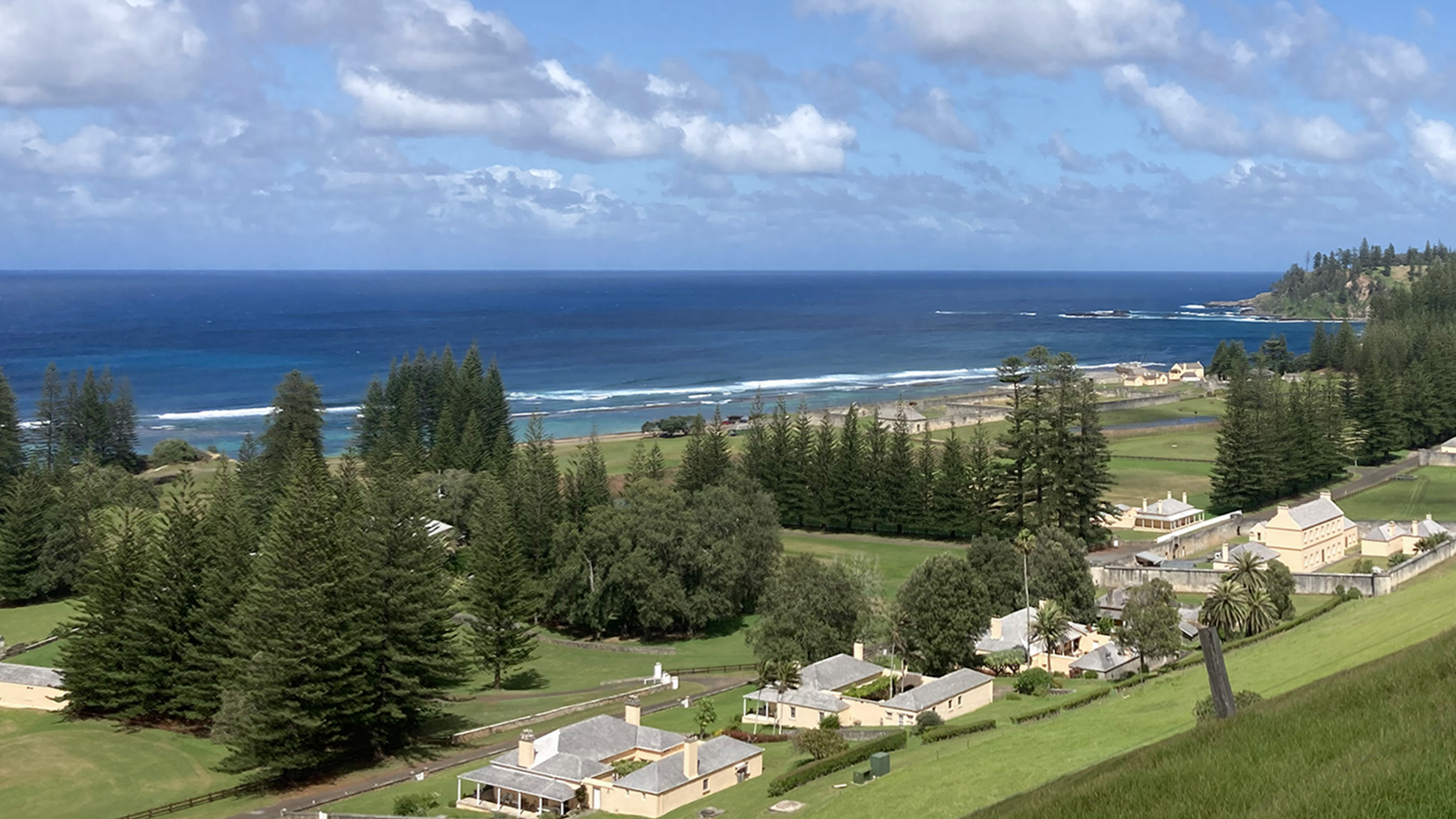 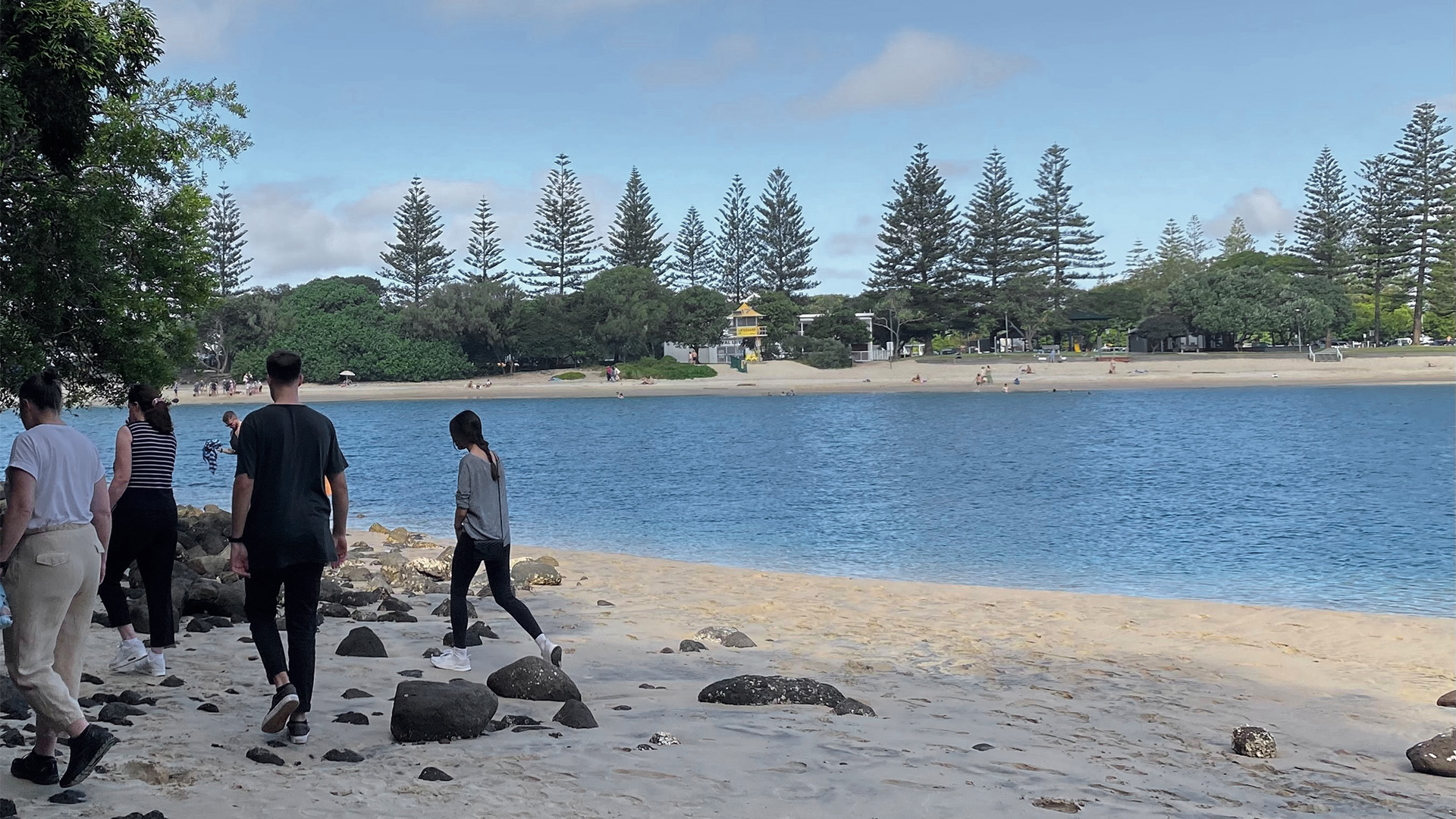