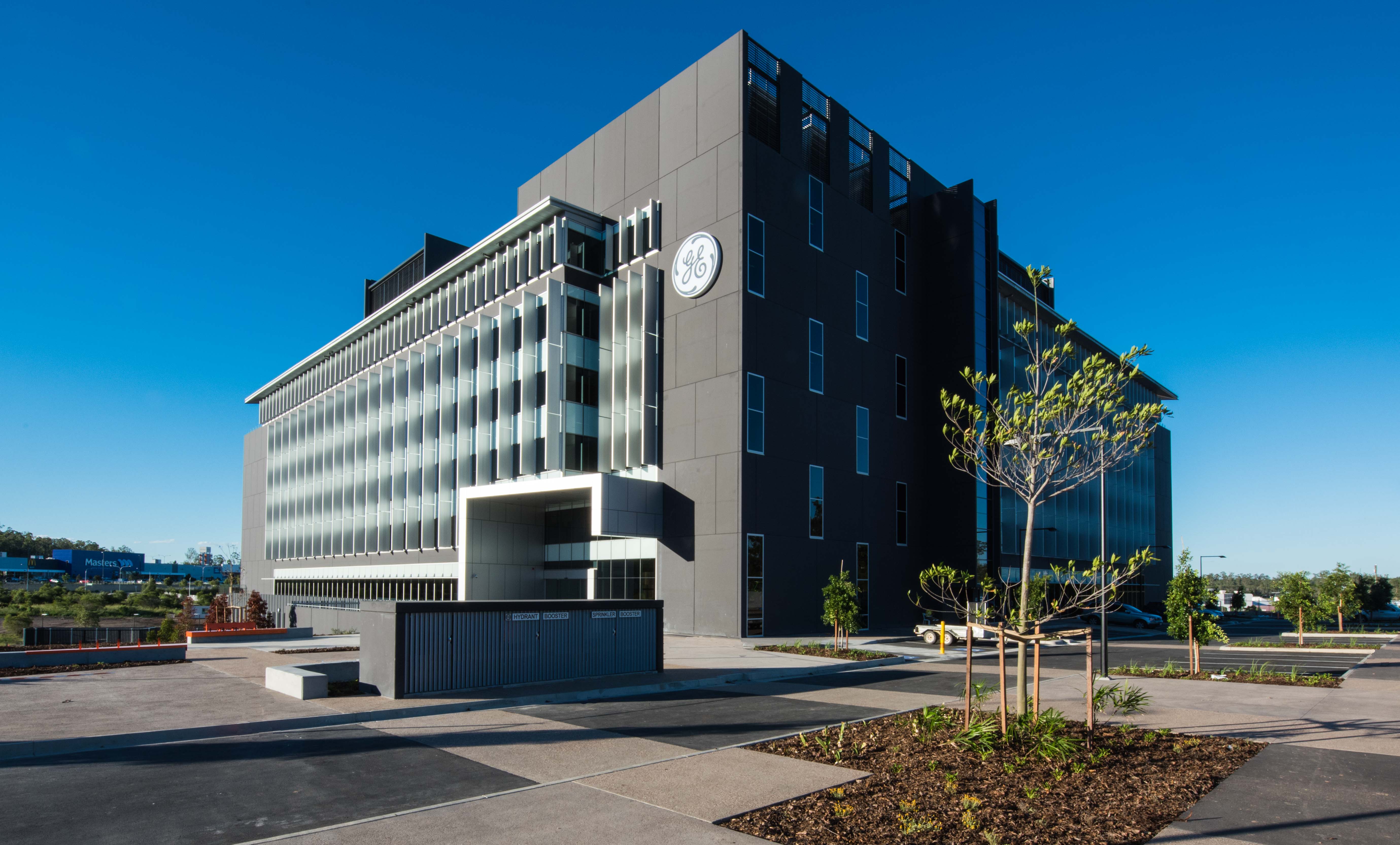 Designed by Conrad Gargett, the $72 million energy-efficient building will bring together 480 of the company’s 750 Queensland staff, with room for 700 more.

The purpose-built, six-storey 14,000 square metre office building contains over 12,500m2 of NLA arcing around a north facing courtyard which is orientated toward the adjacent parkland.

Connectivity to the Robelle Domain Parklands drove the overall design intent for the building. “Design consideration was given to the external courtyard with planning facilitating the parkland to be extended up into the building furthering the amenity for tenants,” Conrad Gargett’s John Flynn explains

“The design forms a slender L-shape. Majority of the workspace is within eight metres of the external façade,” John Flynn added. “Occupants have access to good natural light and views into the landscaped plaza, parkland and beyond.

The design’s success has since made the GE Headquarters an example for future developments in Springfield.