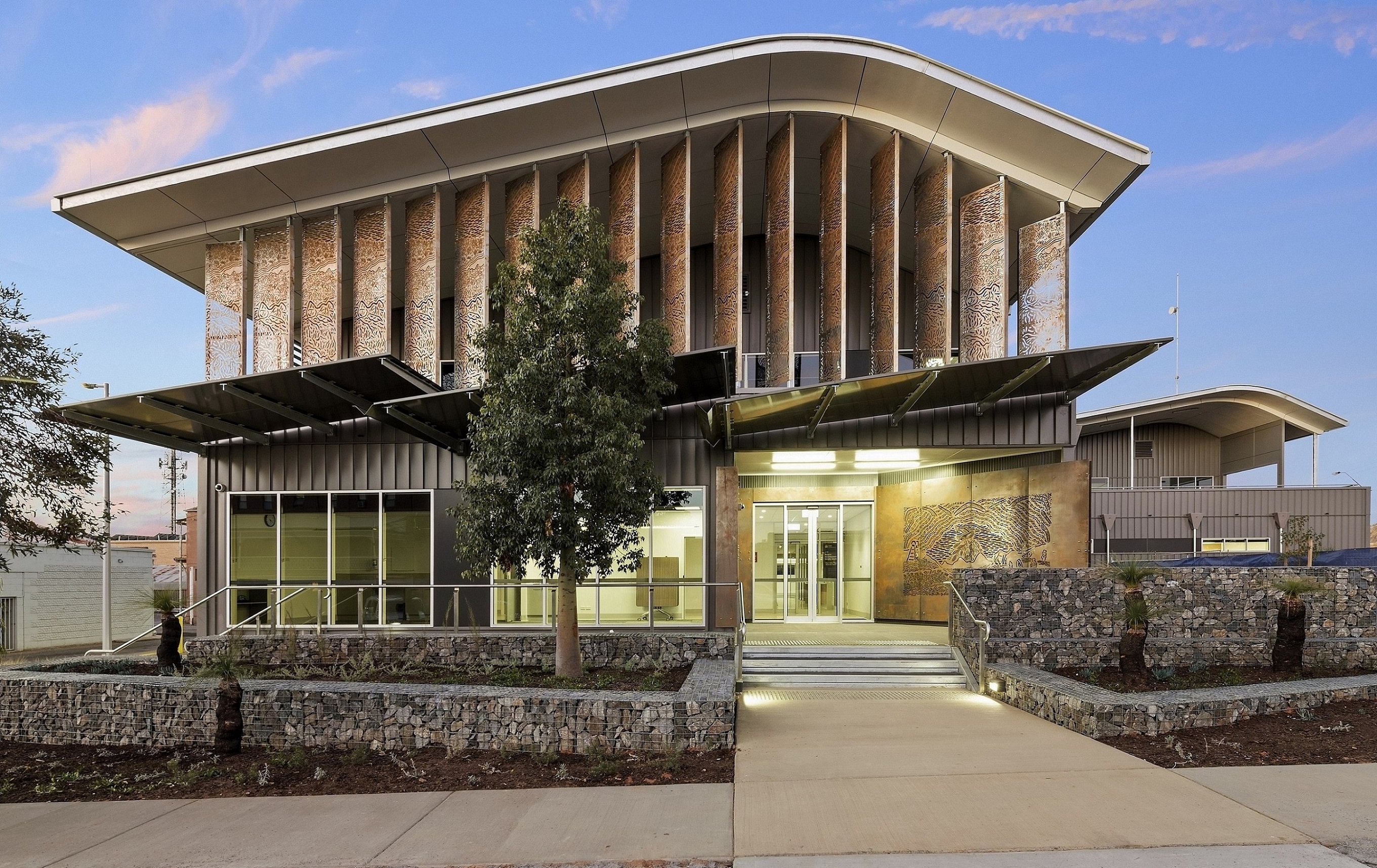 With the opening of the Broken Hill Community Health Centre earlier this month, the access to health services for people residing in the local district is expected to improve. Since 2015, Conrad Gargett, a leading practice dedicated to designing innovative and holistic healthcare environments, has been proud to be integral to the delivery of this facility which involved strategic health facility planning, architecture, wayfinding, interior design, as well as landscape architecture.

Conrad Gargett utilised Broken Hill’s heritage and topography to inform the design. Broken Hill is a significant historical city founded in the mining industry. Its heart lies parallel to the mining Line of Lode, reflecting a linear mountain of earth along the town axis. The design was careful to maintain the texture, scale and feel of the city, as well as relate the building by pointing it to the Line of Lode. It was also successful for locating community services directly accessible in the city, rather than at the more remote hospital campus.

Managing Director of Conrad Gargett Lawrence Toaldo stated, “We were privileged to be part of the delivery of the Broken Hill Community Health Centre in New South Wales. The outcome is a premium healthcare facility for the community which involved an alternative approach to the traditional on-site delivery.”

Modular construction was selected for the project to improve quality and scheduling in the construction process which enables healthcare facilities such as the Broken Hill Community Health Centre to become a high grade facility in a country setting. The highly specialised requirements of construction save importing trades which exceed the resources of the regional city.

Toaldo explained, “42 modules that form the Broken Hill Community Health Centre were constructed off-site in Toowoomba in Queensland, and were transported to their permanent location in Broken Hill. This is where the modules were reassembled, and all the services connections and internal finishes were completed.” Hutchinson Builders was the appointed construction company.

“Conrad Gargett envisages that modular hospital construction will become a more widespread method of hospital delivery, not only for its regional benefits but also to enable rapid response to changing hospital needs in the future,” Toaldo stated. “Modular construction benefits from trade expertise within the catchment of a major urban centre, has less site disruption, allows for good competition in supply networks, prevents workers from separating with their families for long durations, and provides flexibility by uniform set out and standardised room rounding.” Conrad Gargett has a legacy of designing and delivering world-renowned healthcare facilities.