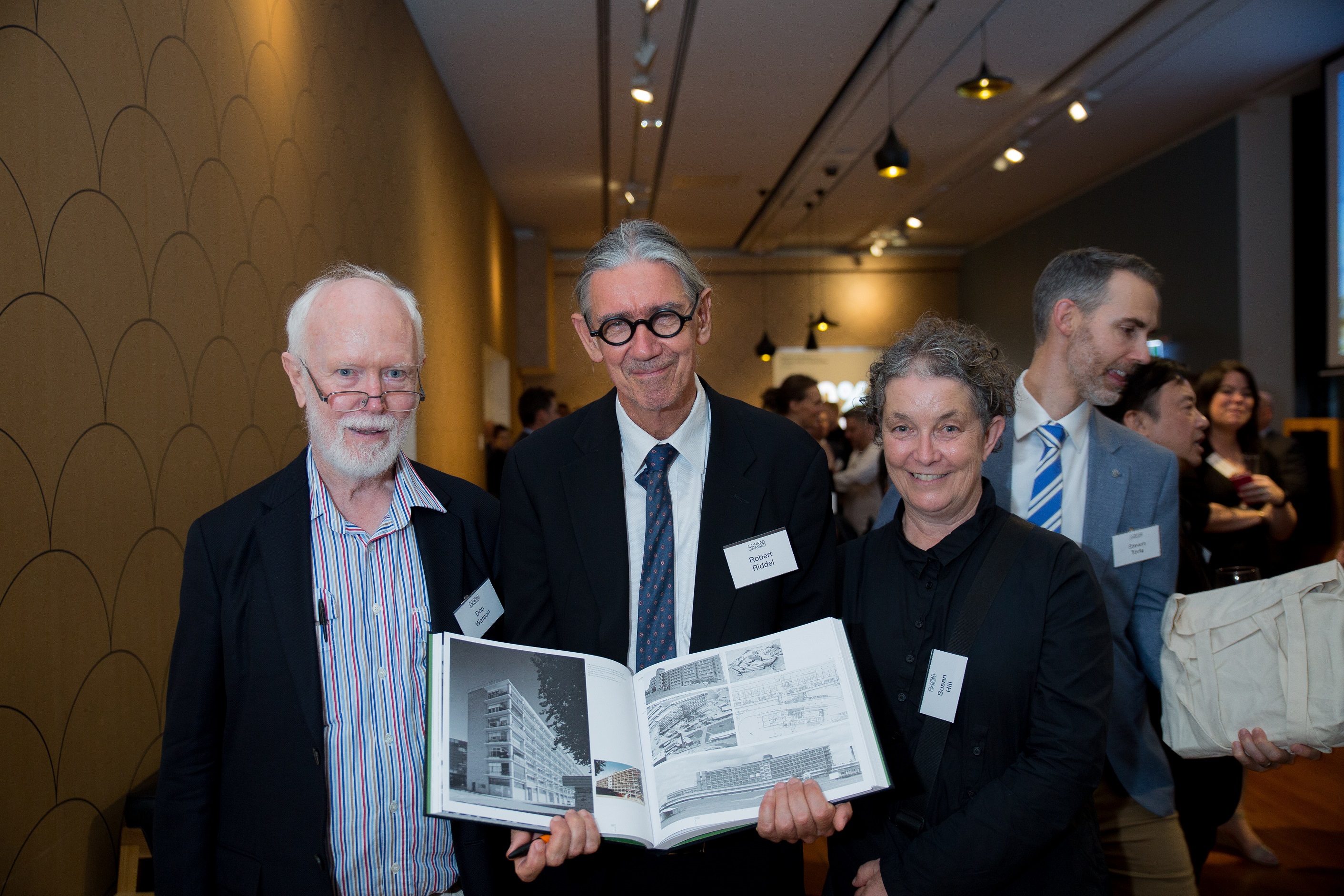 Conrad Gargett, an Australian design practice founded in Brisbane, was honoured to receive accolades at the 2018 National Trust of Australia (Qld) Heritage Awards. Launched in 2017, the commemorative architectural manuscript Conrad Gargett 1890 – 2015 won a silver award in the interpretation and promotion category. The Judges cited, “the publication details the firm’s significant contribution to “the making of Brisbane” over a period of 125 years.”

John Flynn, Director of Conrad Gargett, accepted the award, “Dr Robert Riddel who authored the book along with his group of co-authors and researchers did a fantastic job.” “This book is not just about the legacy of Conrad Gargett’s 125 years, but about the clients, staff and consultants that all contributed to those buildings that we all still see around Brisbane today. So on behalf of all the people involved, I am pleased to accept this award.”

Bruce Wolfe, Company Chair and Director of Conrad Gargett, articulated, “We express our gratitude to Dr Robert Riddel and his dedicated team who have carefully produced this beautifully bound manuscript.” “The history of Conrad Gargett is an immense story. Over the years there have been many people who worked in the practice.” “The tradition of Conrad Gargett has consistently been one of creativity and collaboration which remains the way the practice operates today. The many projects that have been produced are the work of talented teams with shared visions.”

Editor Dr Robert Riddel stated, “The history as recorded in this handsome volume tells the story of the practice from its humble beginnings through the chronology of the more important projects and their background. Conrad Gargett today is diverse and well regarded, but by the understanding of how this was achieved and how much of our city and beyond has been formed by those within the practice, is a story worth sharing.” The book is illustrated by more than 500 photographs and original drawings from the practice archive of more than 10,000 projects, accompanied by comprehensive commentaries of the places that were created and the talented people who collaborated to produce architecture of consistent quality. The book is designed by Michael Phillips, contains research by Donald Watson, Susan Hill and Robert Riddel, and has contributions from Michael Keniger, Malcolm Middleton and Bruce Wolfe.

Conrad Gargett continues to invest in their people to envision, explore and extend the potential of design, enrich buildings and environments, and create meaningful places for people. With a global clientele spanning numerous sectors, the practice has studios based in Brisbane, Sydney, Melbourne, Townsville, Newcastle and Ethiopia.