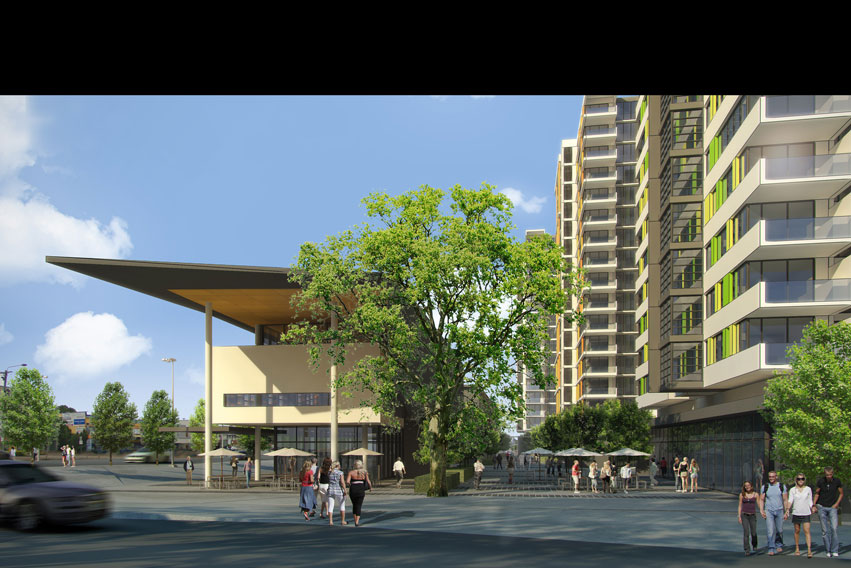 Conrad Gargett Riddel’s design has been selected as the winning proposal for the urban renewal of the old Myer site at Coorparoo Junction. Originally briefed as a Transit Oriented Development, Conrad Gargett Riddel worked with Honeycombes Property Group to develop a scheme that delivers three residential towers over a mixed used podium, including terrace houses, retail, a public plaza and active cross block links. Announced on July 17, the development will be delivered in three stages with the first stage expected to be completed by the end of 2016.

Deputy Premier Jeff Seeney said “It is important we continue to see economic development across the state, with the Coorparoo TOD a prime example of what we can expect to see.” “The appointment of the Honeycombes Property Group means this area will once again be a focal point for the community.” View the Coorparoo Junction Urban Renewal project