Following the passing of Bren Gargett a new phase began. The practice had grown enormously and so Peter Gargett stepped into his father’s shoes with Bill Conrad assuming the senior role as chairman. Two months into the new era for the firm Gough Whitlam, the elected Prime Minister, was dismissed and replaced by Malcolm Fraser. 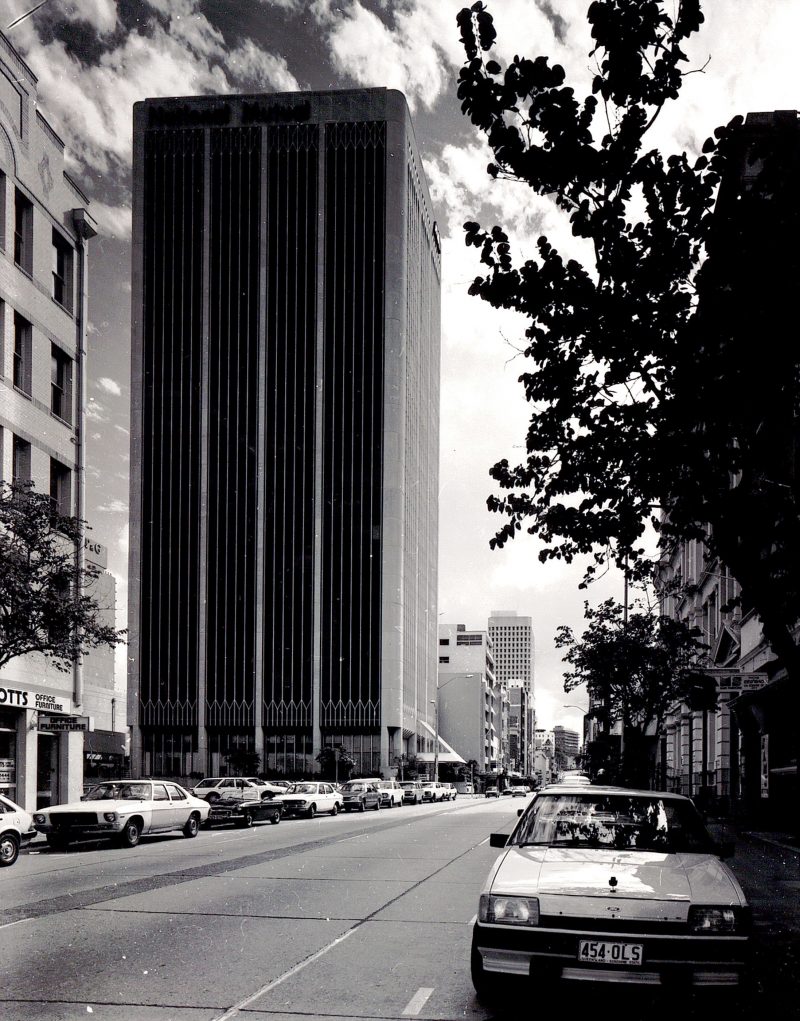 An almost square plan the National Mutual Centre, which is still standing, is a glazed building of twenty storeys with precast rounded corners and a clean, flat roof with no projections. It was built on a modest budget but was intended to have a higher standard of finish, particularly in the lobby areas. 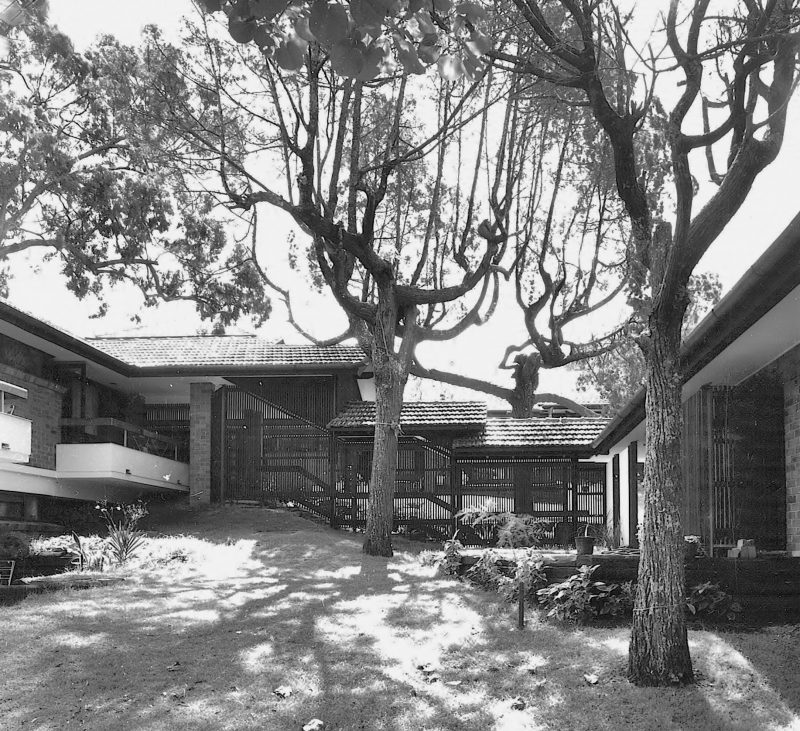 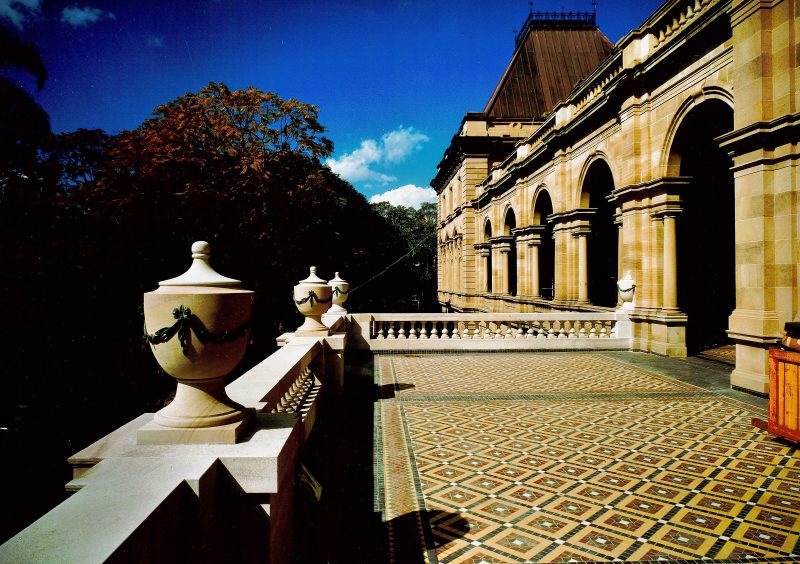 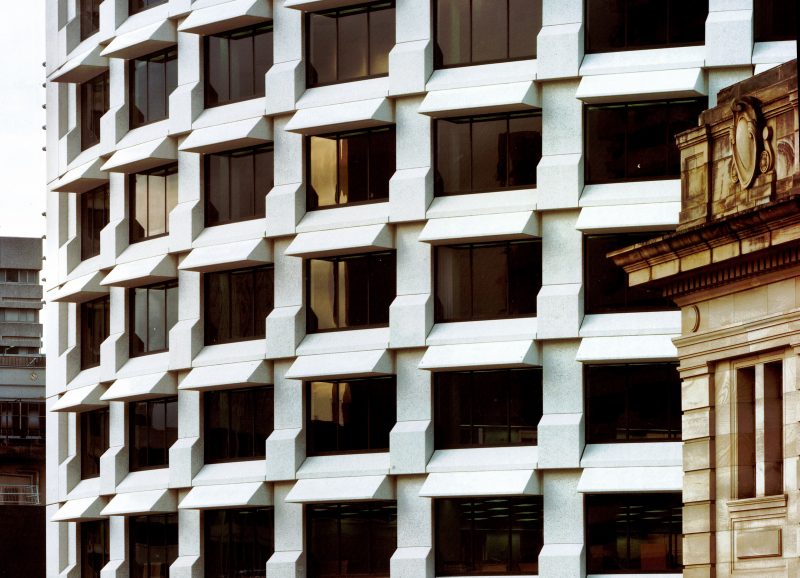 The 35 storey tower was won in a limited competition involving five practices in 1984. Within the office Sipen and Holmes produced designs and both were submitted to the bank. When completed in 1989 the project became the showpiece for the firm. Its fan shaped planning is its greatest design strategy enabling the building to embrace the whole corner street frontage. 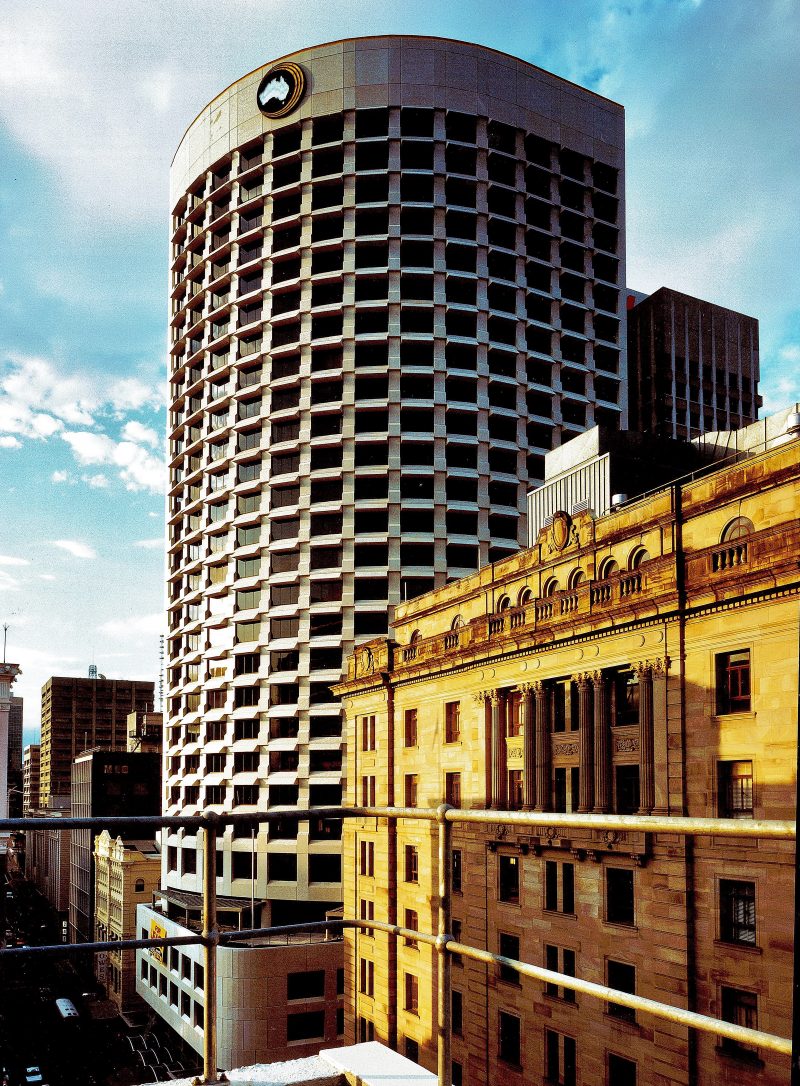 The success of this project was largely due to the traditional procurement and adequate funding arrangement. In 1990 the building became the venue for the firm’s centenary celebrations with a cocktail function that was attended by various ministers and the newly elected Premier Wayne Goss. 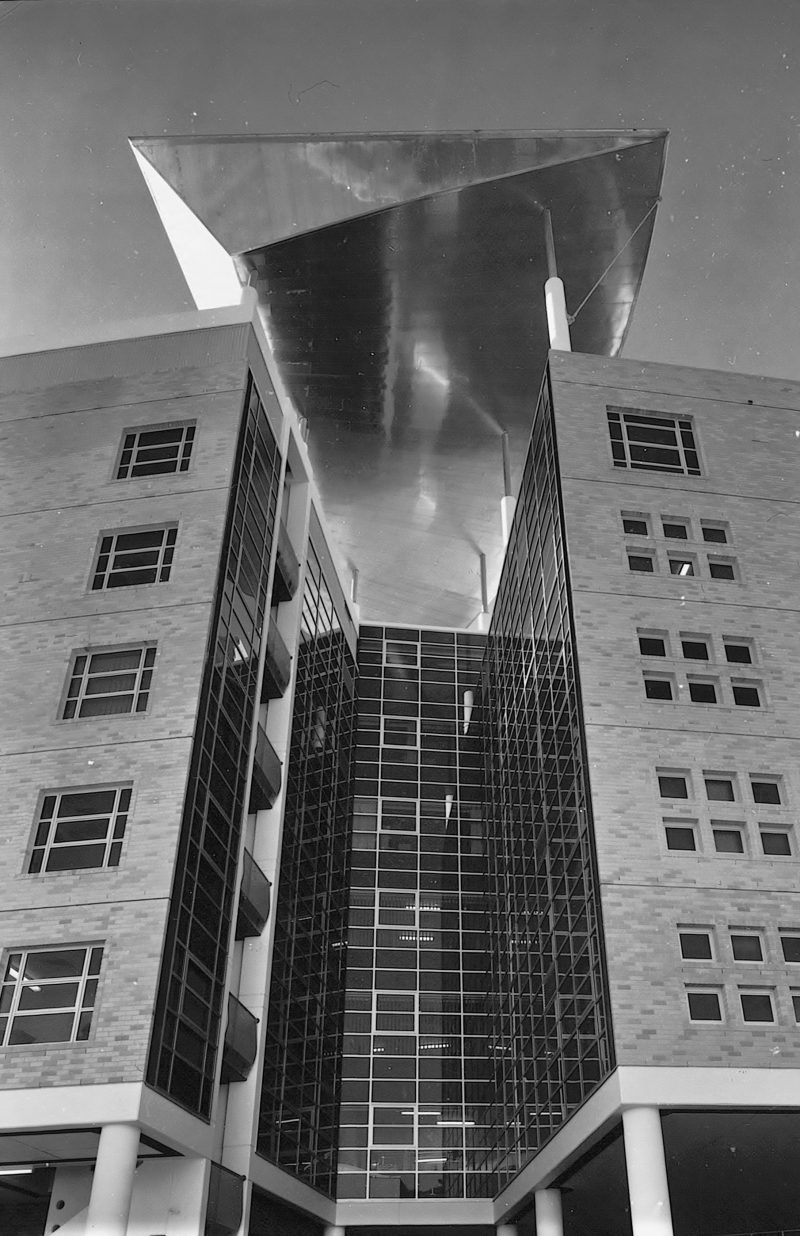 The Therapies and Anatomy Building at the University of Queensland responded to the broad themes of the Queensland climate and the control of sunlight. The prominent, wing shaped foil of aluminium acted as a unifying element while reflecting light down a narrow opening to a courtyard deep within the space.